Tosh.0 is Concluding After 12 Season at Comedy Central 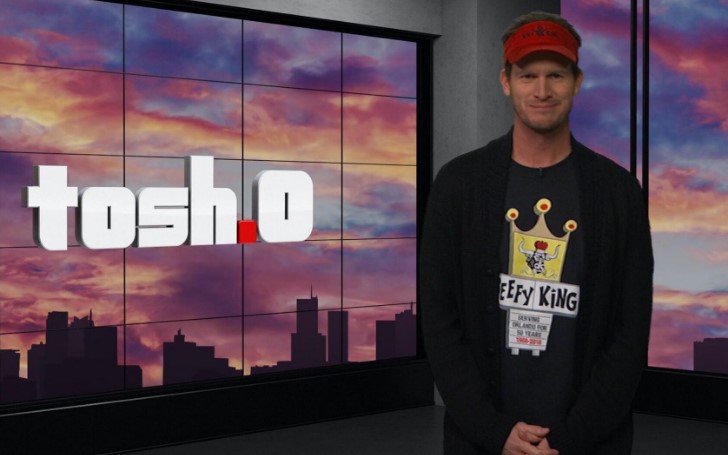 Live-action comedy show, Tosh.0, will conclude on November 24, after running for more than a decade at Comedy Central.

One of the longest-running and loved live-action television series, 'Tosh.0' is coming to an end after 12 seasons at Comedy Central. According to the reports, the show's final season will premier on September 15, and the show will conclude on November 24.

The show ran for more than a decade with more than 250 episodes. Previously this year the host of the show, Daniel Tosh, signed a first-look deal with the network.

Watch: All the Weird Stuff People Do in Their Sleep - Tosh.0

But recently, ViacomCBS is focusing on adult animation, earlier this week it was reported that 'Drunk History' was canceled after seasons six, and now it's Tosh.0.

The reason for canceling longest-running and loved shows from the network is to shift focus to adult animation programs, such as reboots of 'Beavis and Butthead' and 'The Ren & Stimpy Show,' and 'Jodie.'

Watch: How to Pass Time in Quarantine - Tosh.0

Earlier this year, Tosh said, "I look forward to doing an animated reboot of my show on MTV in 25 years,' with a sarcastic tone.

The sources, however, claimed the network has already renewed the show for four more seasons, but it's looking for a new home to the show. Well, it's not confirmed where it's going to be, but it's for sure, November 24 will be the last time we will see Tosh.0 on Comedy Central.

You May Also Like: Celebrities Are Not Really Interested Competing in 'Dancing With the Stars' Following Tom Bergeron's Firing