home Entertainment Tristin Mays Boyfriend - Is the Actress Dating Someone in 2020?

Tristin Mays Boyfriend - Is the Actress Dating Someone in 2020? 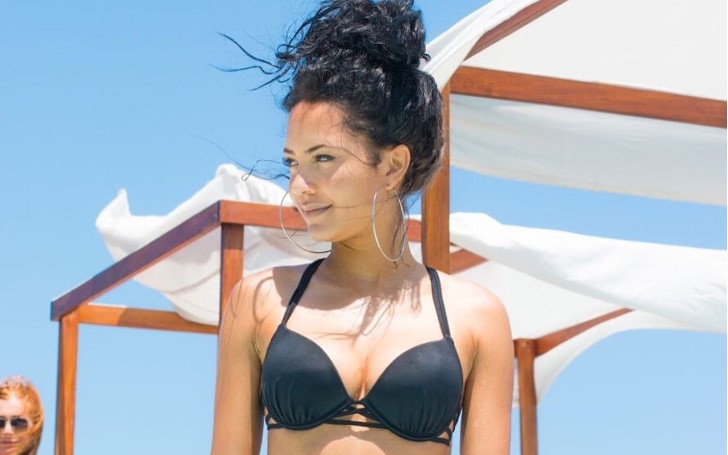 Tristin Mays is an American actress who is best known for her role as 'Riley Davis' on the American Network CBS's show, 'MacGyver.' May, however, started her acting career at an early age of seven from 'Gullah Gullah Island' in 1997.

Tristin (born June 10, 1990) originally hails from New Orlean, Louisiana. She was born to her parents, Michael Mays and Viveca Mays. The 29-year-old actress later moved to New York and then to Moreno Valley, California, with her parents. The actress then graduated from Vista del Lago High School.

Tristin is blessed with an older sibling, brother, Jeryn Mays, who is also an actor. As we already know, Tristin is doing pretty well as an actress, all thanks to her stint on 'MacGyver,' and guess what, the show just got a reboot, and Tristin was again called for the same role.

While her acting career seems flourishing, we wanted to know more about the actress, following which brings us to get details of her relationship. So, is the 29-year-old actress, Tristin Mays, dating someone in 2020? Let's find out.

Tristin Mays Boyfriend - is the Actress Dating Someone in 2020

We will just cut the chase; the answer is yes. Tristin Mays is in a relationship with her boyfriend, Jessie T. Usher, who is also an actor. The couple has known each other for more than 11 years, and their love is something which enough to melt our hearts.

While the couple knew each other for a long time, they started dating after 2018. While there were already speculations about their romance, the confirmation came from the actress on February of 2020. The 29-year-old took to her Instagram to announce the world that Jessie is her man.

Also See: How Many Calorie Should You Eat Per Day to Lose Weight? A Simple Diet Hack to Get the Body You Always Wanted

On Instagram, Tristin uploaded a picture of her and Jessie on the red carpet during the premiere of 'Shaft.' The actress on caption wrote, "About six years ago I said I would only do prison poses on the red carpet. You were in full support. Should’ve known you’d be the very one to do it with me! I left the watermark to thank the photographer for capturing this shot."

The 29-year-old actress further added, "Also, about 11 years ago, you TOLD me I was going to be your Valentine, and I said no because you didn’t ask me. I’m thrilled you asked me this time. Thank you for being my very first and best Valentine ever! 🖤 @jessietusher"

Who is Jessie T. Usher?

As we mentioned earlier, Jessie T. Usher is also an actor. Jessie was born on February 29, 1992, in Silver Spring, Maryland. The 28-year-old actor came into prominence for his role of 'Cam Calloway,' a professional basketball player, on the sitcom "Survivor's Remorse."

Jessie T. Usher and Tristin Mays know each other for a long time, but couple found the connection in 2020.
Photo Source: Tristin Mays Instagram

Jessie was excellent all through his academic and elementary school. Though he is well-known for his stint on the "Survivor's Remorse" only for many of us, he appeared on many other shows and films, while they did not help him get the exposure he needed.

But all thanks to the sitcom, he is now a well-known actor, and he is all occupied with his new projects and plenty of other notable credits to his name. The actor is currently filming a movie Seal Team,' where he is portraying the role of Quinn.

You May Also Like: Does Cyntoia Brown Have a Boyfriend or Is She Married? Find Out About Her Personal Life