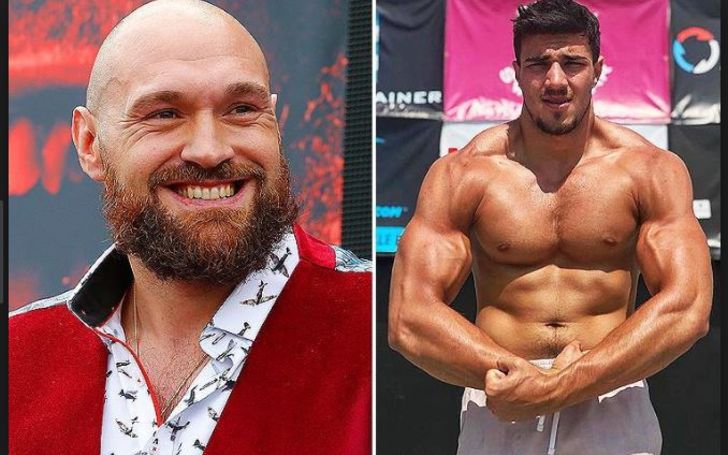 Tommy Fury's big brother Tyson Fury warned him about destroying his boxing career if he gets involved in showbiz.

Yes, we are talking none other than the Love Island's Rocky, Tommy Fury, the trending sensation of this season in the villa.

Tyson, 30, suggested him joining Love island will ruin his fledgling boxing career if he got "carried away".

Tyson said.“I thought, he’s a good looking lad. He might get carried away being a TV reality star rather than a fighting man and it’s the last thing he needs to do when he’s trying to become a professional fighter".

Fury added, “I said, ‘Nah, it won’t be a good idea that, you’ll mess up what you’re doing in your career. You’re on a roll, keep with boxing.’”

Love Island 2019: Get All The Details Of Tyson Fury Brother Tommy Fury >>>

But later 'The Gypsy King' admitted it was a good move that he joined the villa as after joining the showbiz his Instagram followers has increased to 1.7 million.

Tyson tells Mo Gilligan, “He’s got more of a following than if he would’ve had 40 professional fights, So I think it’s a very good move. People will want to come and see him fight.”

Tyson even shared that his little brother's paired up girlfriend Molly Mae Hague is also welcomed for the Christmas Dinner.

Stay tuned and updated for more articles regarding your favorite Celebrity, TV shows and more.