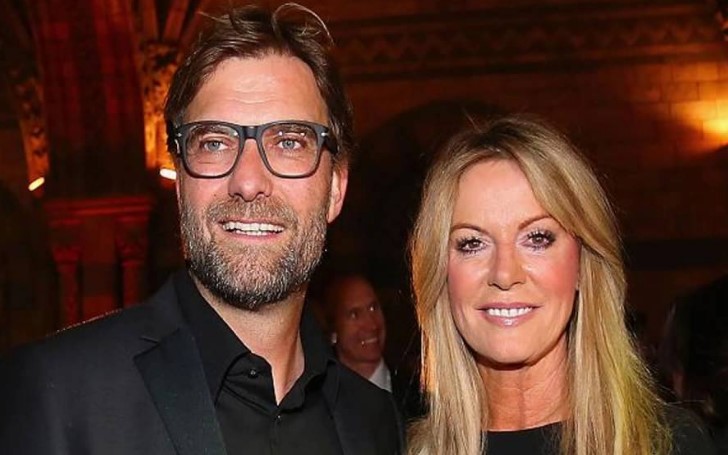 As you can see from the title itself, Ulla Sandrock, is the wife of German-born English coach, Jurgen Klopp's wife. The couple is married since 2006 and has managed to gather massive attention due to their unconventional love story.

The 52-year-old German-born English coach's wife is bound to surprise you big time with her life story. It's rare that we see love story like theirs. So, let's just find out about some interesting facts about Ulla Sandrock, who now goes by the name Ulla Klopp.

Ulla Sandrock is an Author and a School Teacher

Ulla Klopp (née Ulla Sandrock) is a school teacher and served in countries like Kenya and other African nations. Moreover, she also helped children in need during her stint as a teacher. Later, the 52-year-old's wife came up with children book, which kind of managed to gather attention from around the world, including Jurgen Klopp.

Also See: Elaine Callei Trebek - Facts You Need to Know about the Businesswoman

While talking about her career, Ulla did her internship in Kenya's Nairobi, where she wrote her two books, where her first book revolves around an eleven-year-old boy from Mainz, 'who later finds a ball with which anyone can play perfect football.'

The German-born author says her first book, 'Elli and Pit,'  is all about her love of teaching children. And her second book,'Tom and The Magic of Football,' the 52-year-old coach's wife said, "the book illustrates the fascination of football, and the longing for a distant hero world," moreover, and it combines interest of her teaching and her husband's profession, i.e., football (soccer) which kind of won her husband's heart with her literary talents.

Ulla Sandrock Also Worked as a Waitress Before

Ulla Sandrock is the author of children book, and a teacher.
Source: Tribuna

Before tying her knots with one of the best former German soccer players, and now a legendary coach for English club Liverpool, the 51-year-old also admits she worked as a waitress before. We all know those days, where we have to find day jobs to earn bread so we can work on our passion. Ulla Sandrock was no different.

Ulla Sandrock and Jurgen Klopp don't share any kid, however, Klopp has a son, Marc Klopp, from his previous marriage with Sabine.
Source: Tribuna

The couple, Ulla Sandrock and Jurgen Klopp, don't share any kids of their own; however, Klopp shares a son with his previous wife, Sabine. The couple who married on December 5, 2005, invited son, Marc Klopp, during their wedding ceremony, and Ulla now shares a very understanding relationship with him.

You May Also Like: Janeane Garofalo Plastic Surgery - The Complete Detail

By the time Ulla and Klopp walked down the aisle, Marc was just 23 years old and was also a football player but later quit it because of series of injuries that followed. According to the sources, the former football player, Marc, was playing for Borussia.