Usher Inks Massive New Tattoo On His Head And Neck 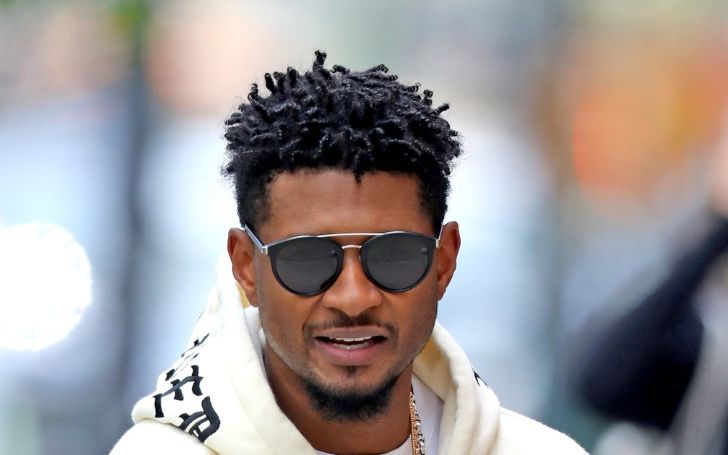 Usher covers his head and neck with a new massive tattoo inspired by Sacred Geometry.

Forte took to Instagram to share a few tattoo glimpses of the 'OMG' singer and reveals the duo spent nearly three hours to get the tattoo session done.

The LA-based tattoo artist also made sure to reveal what inspired him to draw the tattoo with mentioning in the caption section that it was the 'Sacred geometry and an ancient Berber talisman'.

In his words, he said: "I had the pleasure of tattooing the legend @usher@sriyantratattoo this piece was inspired by transformation, Sacred geometry, and an ancient Berber talisman to mark the cardinal points in the sky and allow travelers to find their way across vast distances." 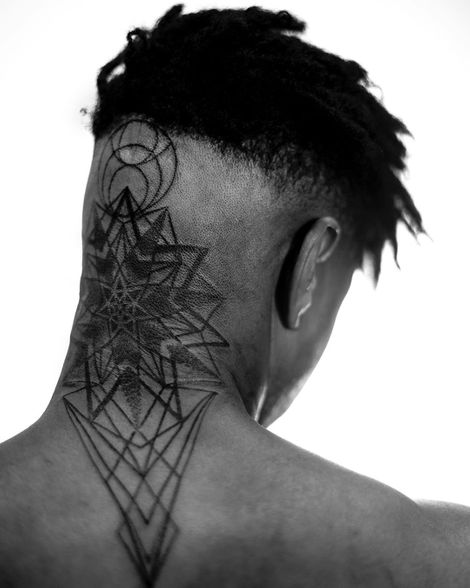 "I’ve listened to @usher since I was about 11 years old so definitely an honor," he concluded.

Apart from the complete portrait of the tattoo, other images shared by Dillon include the one where the singer tries on the sketches over his hand whilst the third one showcase him needling over Usher's shirtless body.

The post surpassed over 5k likes and earned tons of appreciation from the fans as one wrote: "Beautiful, the art correlates well with the meaning," whilst another one added: "Beautiful thought provoking."

For those curious, Dillion works at the Sri Yantra Tattoo Studio, based in Los Angeles at the Venice area and the 'Love In This Club reportedly encountered him through Jennifer Love Hewitt’s husband, Brian Hallisay.

The detail of the tattoo sorta manifest the rough patches Usher endured in recent years. The singer split with his second wife Grace Miguel who filed for divorce last year after multiple women alleged that he gave them herpes.

Although the pair never disclose the reason for their separation, many believe the allegations are the main reason.

New music from the 'Moving Mountain' singer is speculated to be on the way soon as the singer previously provided a few clues on Instagram.

Just in late March this year, Usher shared a picture of himself in a studio where he can be seen sitting by a white cupboard that says: "Confessions 2"

Usher is currently on tour and is next up for Queen Mary Events Park the upcoming Saturday.