home Lifestyle What is Val Kilmer's Net Worth in 2020? Here's the Breakdown

What is Val Kilmer's Net Worth in 2020? Here's the Breakdown 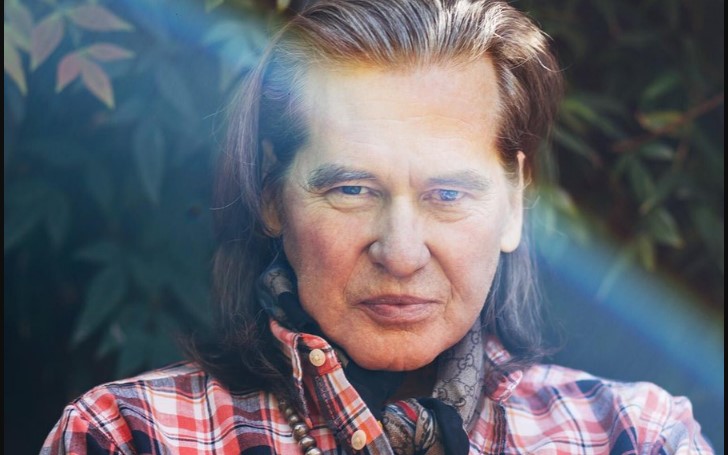 Here's the complete breakdown of Val Kilmer's net worth in 2020.

Val Kilmer (born Val Edward Kilmer) is an American actor, musician, and artist who is best known for his major roles in 'Top Gun' and 'Batman Returns.' The 60-year-old actor was 25 years old when he appeared on 'Top Gun.'

Val on his early years, the actor went to Christian Science school and later attended Chatsworth High School. The actor got his major break in the showbiz industry as a cast member of spoof, 'Top Secret!'

The actor managed to get the attention of critics and fans through his role on the spoof comedy movie, and two years later he was selected for a role in the 'Top Gun,' a cult classic.

Since we know how successful Val is in what he does, let's find out how much wealth he made on his more than three-decades-long career.

The actor is, no doubt is one of the successful actors in Hollywood, most of his earnings come from his acting career; However, movies were not the only money stream for him.

Val is a well-known name in the artist world, and he makes pretty decent form his artworks too. According to the reports, Val Kilmer has an estimated net worth of $26 million as of 2020. While it's still debatable, as Celebrity Net Worth states he is one million short on our estimation.

According to some sources, Val Kilmer is one of the highest-paid actors in Hollywood. The actor charged $2 million in 'Top Gun' sequel, 'Top Gun: Maverick,' the second-highest salary in the project after Tom Cruise.

Val Kilmer has an estimated net worth of $26 million as of 2020.
Photo Source: Facebook

While the salary gap between first and second-highest-paid actor is miles apart, Tom Cruise was paid $15 million for the project, and we know he deserves more.

But, given the fact, Val is still the second-highest-paid actor in the movie, which just gives a slight idea of his other projects as well. The actor charges good enough.

Moreover, Val is an artist too, so he makes pretty decent from his artwork too. According to the sources, he earns $250 for a painting of his Ice Man character, autographed, which is pretty good.

Also See: Nicki Minaj Net Worth is Reported $85 Million, Detail About Her Career and Income Source

So, we assume, it's safe to say, Val Kilmer did excellent on his all the careers, and now he holds a pretty decent net worth of $26 million.

Back in 2015, Val Kilmer revealed he was diagnosed with throat cancer. The actor was treated with chemotherapy, radiation, and tracheotomy to help him breathe.

Despite going through a tracheotomy, the actor recently appeared on the 'Today' show, shared information about his health.

Val said, "I am doing great. I feel a lot better than I sound. "It's just like any other language or dialect. ou have to figure out a way to communicate that's no different than any other acting challenge but it's just a very unique set of circumstances."