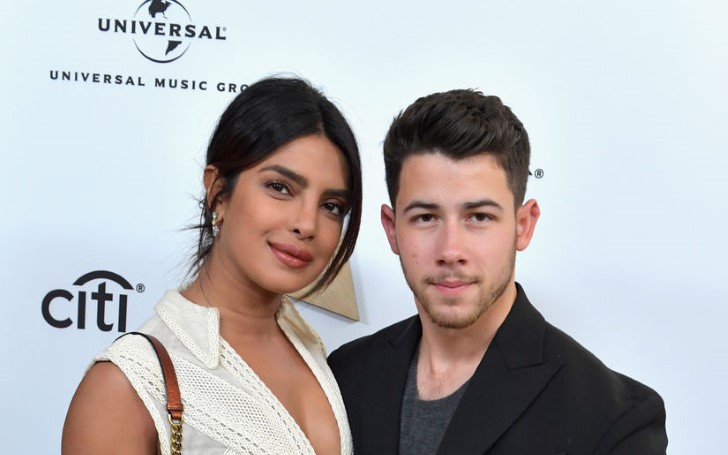 The newlywed couple Priyanka Chopra and Nick Jonas who recently jetted off to the Caribbean to celebrate their honeymoon will most probably spend their first Valentine's day as husband and wife in London.

Initially, the Quantico actress Priyanka and Jealous hitmaker Nick didn't plan to meet on Valentine's day as a result of their hectic schedule.

"We're not supposed to be together this Valentine's Day because I was working in LA and he in London, but things moved so I am glad we can spend that time together ... The pressure does not exist -- he's thoughtful and sweet all the time."

However, according to the statement by the 36-year-old actress to Extra, she will now join her husband in the British capital for a couple of days.

In addition, the actress further revealed she doesn't believe in having one day to show how much you love someone and gushed the 26-year-old singer-and-actor is "thoughtful and sweet all the time".

"I'm not a believer that you need a day to tell someone you love them, but it's always nice to hear it. We didn't put too much pressure on it."

Meanwhile, Priyanka also recently revealed she almost had a panic attack while walking down the aisle.

The actress recalled the moment when she nearly freaked out when her 75-foot veil was attached to her dress.

"I kind of had a freak-out moment right before I was supposed to walk down the aisle. I remember them putting the veil on me and the veil was like 75-feet, but I had a freakout moment when I was standing behind the curtains. They were going to tell me when to walk out and the music was going to start playing... I just started having a panic attack."

Further, she added: "Then the doors opened and I saw [Nick] and I cannot forget that moment."

The 36-year-old star also opened up about how "different" it is being a wife.

"Married life is different. There's a big difference between a husband and a boyfriend, even a husband and a fiancé. I didn't understand the gravity of that when I got married. But it's a good thing to be married to a good husband. That makes it easy."

The couple got married in an elaborate three-day wedding in December 2018 which was followed by three wedding receptions in Delhi and Mumbai respectively.