home Entertainment Vicki Gunvalson Claims She Will Never Be Demoted To Friend Of The Housewives!

Vicki Gunvalson Claims She Will Never Be Demoted To Friend Of The Housewives! 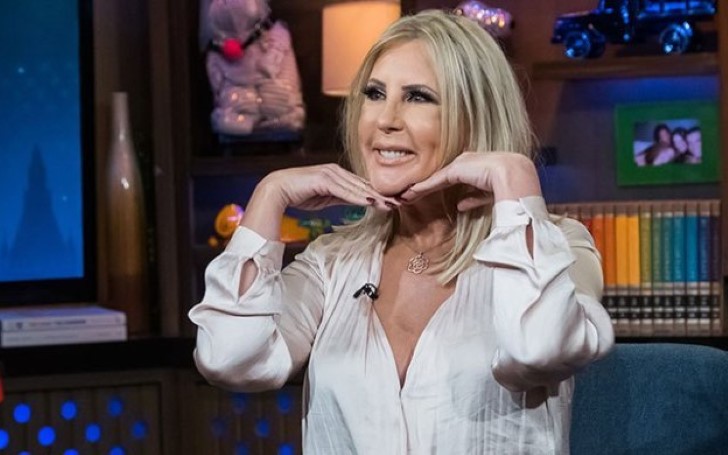 Vicki Gunvalson: I will never be demoted to Friend of the Housewives!

In spite of the way that Vicki Gunvalson is engaged to Steve Lodge as promised, there are still warning signs that she may have been downgraded. This very conundrum turned into pressure is keeping some fans up at night.

But Vicki apparently demands the situation isn’t quite so. 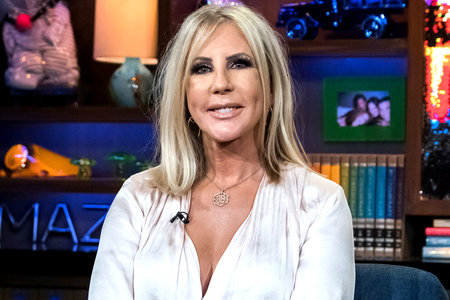 Vicki Gunvalson says she will never get demoted from the Housewives franchise.
SOURCE: Bravo TV

As bits of gossip about Vicki's departure continues to worry fans, some are looking to Vicki herself for consolation.

"Please say you're full time this season?" pleaded one fan in an Instagram comment. "So many reports saying you're a 'friend of.'"

"Stay tuned," she suggested the follower in her reply.

Also Read: Lisa Vanderpump Is Reportedly Not Returning To The Real Housewives Of Beverly Hills!

Vicki's comment is somewhat ambiguous, and that may be because she's under contract and in no position to confirm or deny anything.

"Stay tuned" could simply mean that she's encouraging everyone to keep watching the show for better ratings. Or sadly, it could also mean she is once again part of ongoing negotiations with Bravo. Her assurance that she will never be just a mere Friend of the Housewives is less arguable.

She's saying if she gets demoted from a Full Housewife, she'll walk.

"Happy birthday @bravoandy," Vicki captioned in a recent birthday tribute to proud father Andy Cohen. She acknowledged it’s been 15 years since she first met him in the housewives franchise. She also thanked him for changing her life. 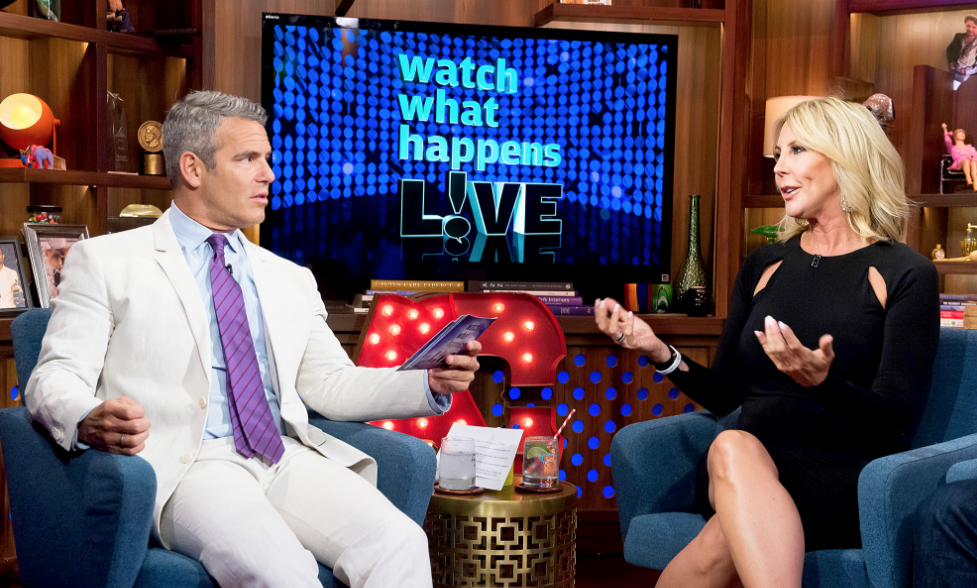 Vicki Gunvalson's message to friend Andy Cohen is just confusing her viewers about whether she is quitting the real housewives or not.
SOURCE: All About That Tea

Vicki's concluded by adding: "You deserve all the love there is." Some believe she was tipping her hat towards Bravo keeping her on as a Full Housewife but ... it's quite a long shot to get that from a birthday message.

Back in January, Vicki Gunvalson was still caught up in deals with the network even while her castmates were already filming.

That is when reports of her alleged demotion spread.

Even some of her castmates emphasized the story, noting they had filmed in the absence of her for two weeks.

Vicki suggested fans to not believe everything they read unless she was telling them herself.

In the end, she managed to nab a contract -- reportedly offering something big to the network.

Only this time, she didn't have a major storyline.

It rather had to do with her engagement to boyfriend Steve Lodge.

That was reportedly the deal she made with Bravo. And this spring, it looked like she used it to her full advantage. 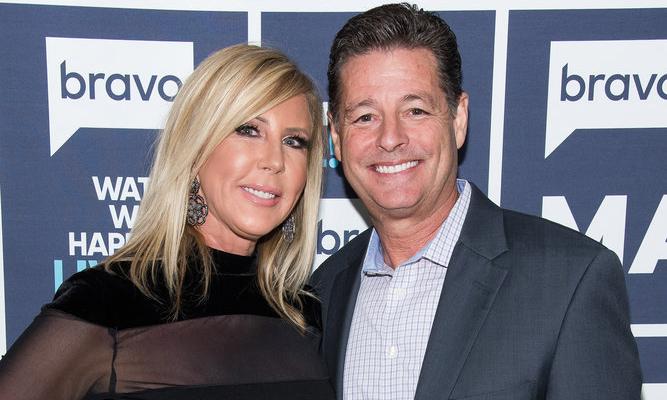 Vicki Gunvalson Engagement to her boyfriend was the only storyline the former is supposed to get this season in The Real Housewives of Orange County.
SOURCE: Earn The Necklace

But then reports stated the show's cameras weren't there to film the proposal, neither Vicki appeared in initial promos for the show, causing longtime viewers to fear that she'd been in fact booted from the show.

All of the secrets, the uncertain statements, and the subtle messages are part of a marketing strategy.

For what it's worth, they all could be nothing but a well-crafted bait for more people to tune in to the premiere, at the very least to see if Vicki is still part of the show.

Some people sure would quit in the rage if she isn't in the main cast.

Others have been dying to see her lose her 'Orange' and will be severely pissed if she stays on.

But keeping fans in the dark – not so good risk for reality stars in this day and age – even though it might be a surefire way to make sure that people tune in.

And if Vicki does get demoted, she's right to leave; ask NeNe Leakes.