Vicky Pattison Showed of Her Toned Curves in Nude Bikini 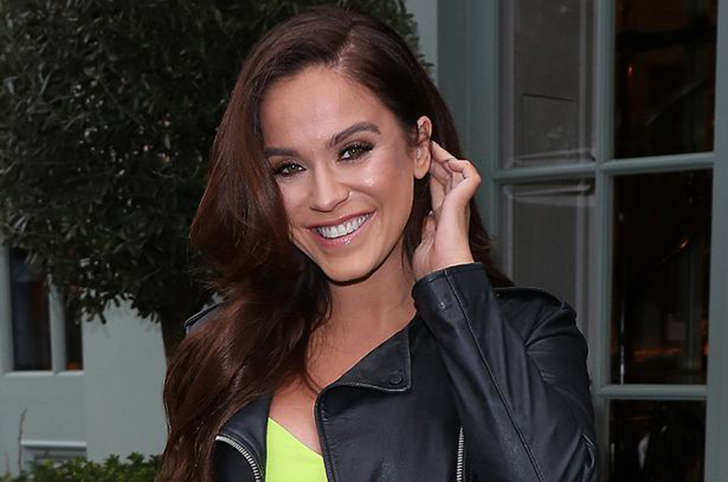 Beauty Queen Vicky Pattison looks stunning as she poses seductively in a nude bikini that displays her toned body and cleavage.

Geordie Shore former superstar Vicky Pattison' lavish Dubai holiday is something everyone's talking of. And by looking at the holiday snaps she shared on her social media, it can't be argued why.

It's also no new news Pattison constantly shares stunning pictures in fancy outfits to show off her gorgeous body. And as we said, the recent holiday picture she took in a nude bikini that displays her beautiful curves and cleavage looks none like the rest of her other Instagram pictures. 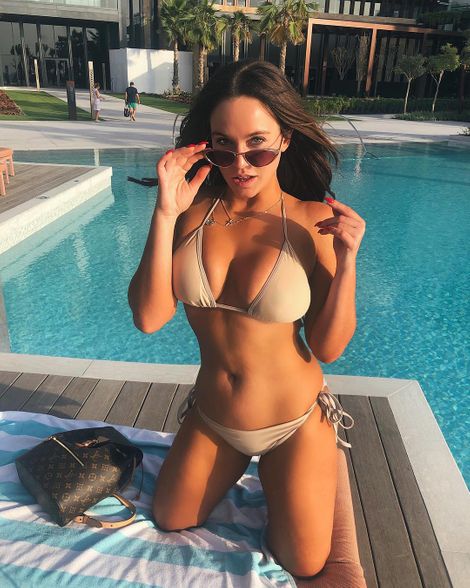 Apart from looking sexy in her recent snap, the Ann Summers body confidence ambassador also looks like she enjoyed some of her final days in Dubai to the fullest.

You may also like: Beyonce Sends Temperatures Soaring In Latex Red Mini Dress In Her Valentine's Date Night Look

In her recent Dubai trip picture, the star poses seductively on the sun lounger by the poolside as she gives a daring eye look at the photographer by peeping over her retro cat-eye shaped sunglasses.

Vicky's Louis Vuitton backpack can be also seen lying next to her.

For the sexy snaps, she opted to wear a lacy nude bikini Ezili Swimwear which is worth £42.99. 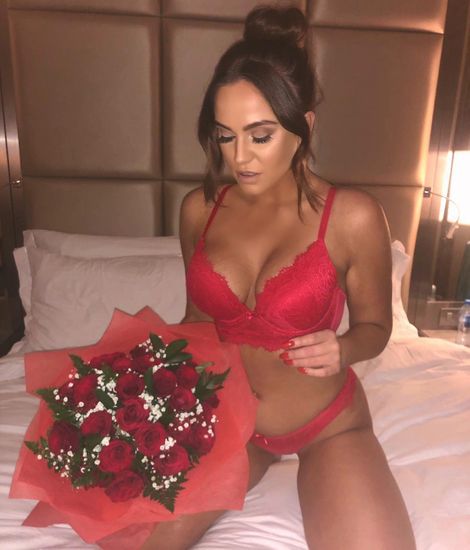 In addition, the picture was taken in one of the luxurious hotels she stayed in Dubai aka the Caesars Palace Hotel.

Sharing the nude bikini picture to her four million followers, the sensual snap is now close to surpassing nearly thirty thousands like.

The TV personality surely looked radiant in the picture, but after reading her caption, it turns out Vicky is just like any of us.

The 31 years old author wrote in her caption:

"I have Dubai blues already?!! HOW IS THAT EVEN POSSIBLE?!! Love this cute bikini from @ezili_swim..."

"Ps head to my insta story for the link to buy and to see just how many attempts it took to get this one pic!!!!"

The snap comes after the star previously shared a series of pictures of herself celebrating Valentine in a lacy bright red lingerie. It's speculated Vicky celebrated Valentine with her new man, a one-time TOWIE star Ercan Ramadan.

Previously, Pattison broke off her engagement with then-fiance John Noble after he was spotted getting close with women on a holiday in Dubai.