home Entertainment Vikings' Rollo Actor Clive James Standen - Will He Be Back For Season 6?

Vikings' Rollo Actor Clive James Standen - Will He Be Back For Season 6? 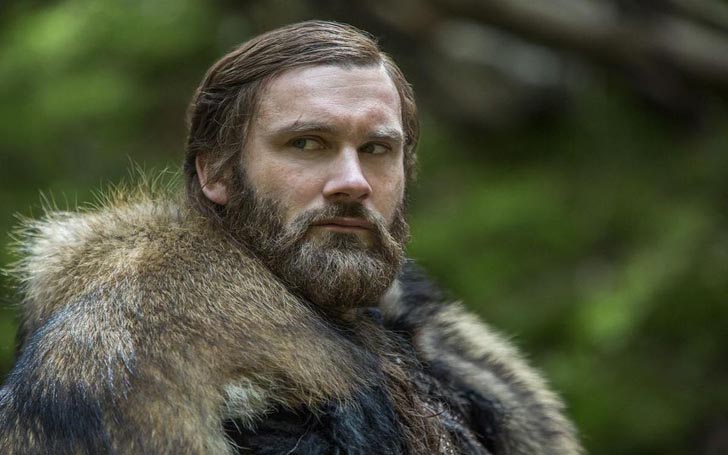 Rollo made a surprise appearance in season five of Vikings but will he be back for more in the final season?

'Vikings' is coming back for their final season, and most of the past cast members are coming back for the last season. New cast members are also joining the members of the show, but the one person people want to know whether he is coming back to the series or not is 'Rollo'. The brother of 'Ragnar Lothbrok' is not exactly fan-favorite, but still, the character of Rollo is compelling, which make the fans want to love and hate him both at the same time.

The thing is Rollo is only appearing in the show sporadically after his last regular appearance in the series coming in season four episode 14. The character did appear in four more episodes after the one where his brother was killed by snakes by his enemies. There was the surprise appearance by the character in the finale of the first part of Vikings season five and the last time we saw Rollo in the show was in episode eleven of season five and fans want to know whether the character will return or not.

Appearance by the actor in season five of the show was unexpected and the character returning for the final season solely depends on the writers and creator of the show. There are still some unresolved issues for the character and considering how the fifth season ended, Rollo’s appearance seems more than likely.

When the character returned in the bombshell season 5A finale, Michael Hirst said, “There are unresolved issues in his personal life with his brother and Lagertha, and these are issues that he still wants to deal with.” The thing is the conflicts mentioned then are still true now the issues raised in the fifth season are even more prevalent now, and it is even more important now for Rollo to appear.

After the end of season five, happily married Clive Standen said, “He has gone back to France after his midlife crisis, and he has to face the music with Princess Gisla… But that’s not the end of Rollo, [even though] he may not be involved so much in the revenge of Ragnar Lothbrok.”

The thing is the real-life historical figure on which the role of Rollo is based on lived on to become an old man and died of natural causes which means the character is not going to meet an end in the battlefield which also makes the appearance of the character predictable and without consequences because if we see him get in battle it surely means he is either going to win or retreat without meeting his demise which takes the viewer out of the moment.

This is probably the reason why the whole thing is kept under wrap, and maybe the creator of the show will drop the character on our head when we are least expecting which makes the character more of a narrative tool.

Rollo actor Clive Standen also said, “Well, like I said, expect the unexpected. Obviously, with the Real Vikings, you’ll find out.” He is not revealing anything, and we are guessing the character will most probably come to the show again.

The reason we strongly feel the character is coming back is Bjorn is in trouble. 'Lagertha' made 'Bjorn' the king of Kattegat and 'Ivar' is coming for the head of her son, and there was something implied from the beginning of the series, Bjorn is thought to be the son of Rollo. Ragnar's wife always denied the whole thing, but there is a sneaky suspicion Lagertha's first kid is Rollo’s boy instead, and when Ivar comes for Bjorn maybe Rollo comes back to help his almost son.

Maybe the character will not return for the final season, but we would be down for Rollo without a shirt and wielding a hatchet coming at people to kill them. It would be really fun to see, and we are fans of Rollo, so it is win-win for us.