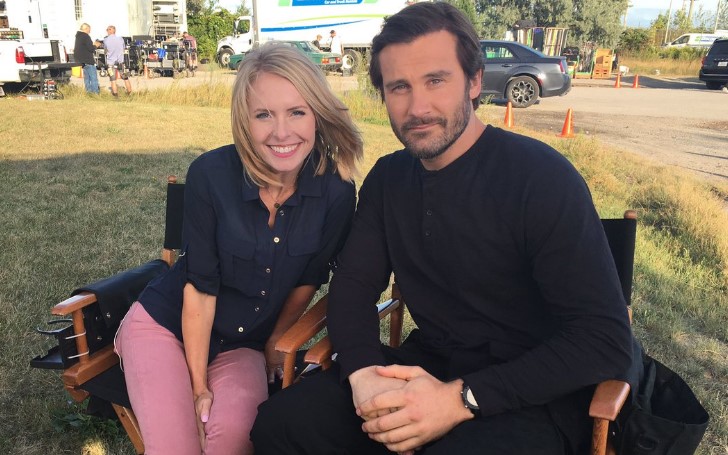 The Vikings star (it's confirmed the Vikings season 6 is coming), Clive Standen, is one of the most romantic persons you will ever see. And we have some information to back our claims too.

But again, we really don't need to stress the fact the actor is full of creative ideas when it comes to love as he married the love of his life, Francesca Standen.

Let's find out some intriguing facts about the couple, how they met, and how he popped the question.

Clive And Francesca First Met When They Were Merely Kids

The actor wooed his wife by dressing up as one of her favorite singer, Elvis Presley.
Source: Zimbio

The couple always knew each other since they were just kids, but it was only during latter years when Clive finally gathered the courage to confess his love to Francesca, 51.

The Vikings actor describes his wife as the girl of his dreams, and he went all out to get her. A few years into the relationship, the 38-year-old British actor had a very unique idea for the marriage proposal.

Clive Dressed As Francesca's Favorite Singer When He Popped The Question

The couple never miss a chance to show love to each other.
Source: Instagram

How far can you go to propose a girl you love? Well, no matter how creative you get, you can't beat this actor. The actor went for broke with an all-day proposal.

Standen, 38, spray-painted Francesca's street with "I Love You, Francesca," and wrote love notes on placards, and dressed up as Elvis Presley (his wife's favorite singer).

The 38-year-old actor even sang one of the Elvis' classics, "Fools Rush In" and went on his knee. This might be a big surprise, but the couple is good singers too.

The pair married in 2007 and has never looked back since then. Despite the huge age gap between Clive and Francesca, the love just keep on growing and their relationship just gets stronger. If you ever need a instance for a power couple, you won't have to look any further as this is the epitome of a relationship.

The Couple Shares Three Children Together

The father-of-three said he really loves being a house dad; every small thing the kids do is a priceless sight for him, and emphasized he will do everything needed for them.

Even Francesca equally shares her time with her kids; she believes one-on-one time with kids and husband, Clive, helps them bind closer as one big unit of love.

And of course, the actor also puts his immense effort to restore the sparks in their relationship. The 38-year-old British actor cooks for his family whenever he gets chance to. P.S. this is a perfect family.