Vince Neil's Son Neil Jason Wharton - Who is His Mother? 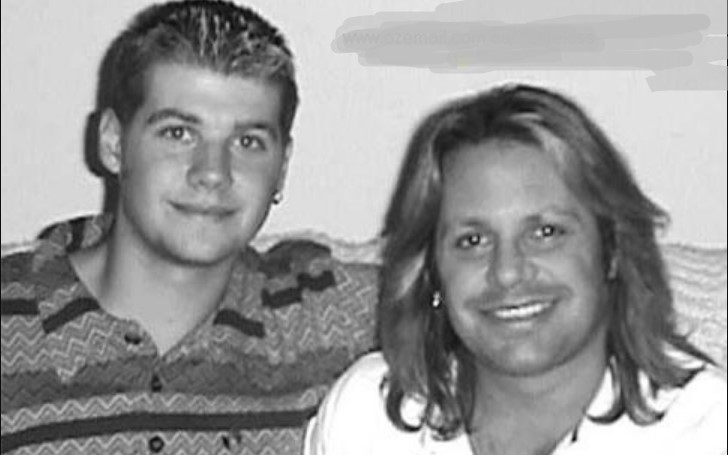 You probably know who Vince Neil is. He is one of the highly acclaimed singers/songwriters of the 70s, 80,s and 90s, famous for fronting in Motley Crue.

And his only son, Neil Jason Wharton, is kind of following in his dad's footsteps. He is not famous as his dad, but he is pretty much into music and looks exactly like his dad.

Neil's only son, who was born on October 3, 1978, is from one of Motley Crue's frontman's girlfriends. And the story they to share is kind of interesting; we are pretty much confirmed you will like it.

Neil Jason Wharton with his mother Tami when he was two.
Source: Ozmail

Motley Crue's lead singer was just 17 when he met Wharton's mother, Tami. In fact, the lead vocalist was fronting another band named Rockandi, that time.

Since nobody really knows about Tami, when asked with Wharton, all he could recall was his mom was 'Kind of like ass-kicker.' Jason said his mother was a great person and a really great mom.

There are Many Speculations How Tami and Neil Met

A big happy family. Wharton was three at the time.
Source: Ozmail

There's no exact answer for this, but according to Wharton himself, the most convincing story of how the two love-birds met has to be 'where Neil broke his leg.'

Neil used to skate back in the days on one of the weirdest places possible. So, one day, he was skating at the pipeline in Glendora, fell, and broke his leg.

Tami felt sorry for him and came out to help, and that's how their love story started after the frontman smiled at her and caught her eye.

Tami and Neil Were in the Same School

Neil was 18, and Wharton was just 1 years old when this picture was taken.
Source: Ozmail

The Motley Crue front and his then-girlfriend, Tami, were in the same school. That's how they caught eyes when Neil broke his leg.

The then-couple were together for a little while, something like a year and a half to two years. But this is interesting, Tami was pregnant with Wharton on the same year the two met. Neil was just 17 at that time, and we can guess, even Tami was somewhere between 15-17 years old.

They were together up until, and after few times, Neil formed the band 'Motley Crue.'  Neil stranded his then-girlfriend and son to get married to Beth Lynn in 1981. Wharton was living with his mom until he found a job near his grandparents from his dad's side in Bullhead, Arizona.

Neil Jason is Paved His Way in the Rock Music

The only son of heavy metal singer, Neil Jason Wharton, paved his way in the rock music. Just like his father, he is a well-established singer/songwriter.

Though he could have exploited his dad's fame for his success, but he never relied on his father's celeb status.

There's, however, a slight influence of Neil's music on Wharton's style. Anyways, the long-estranged father-son duo is together now. They are often seen spending some quality time together.

For more information on your favorite celebrities' lifestyle, stay tuned to glamourfame.com and don't forget to sign up for the newsletter.