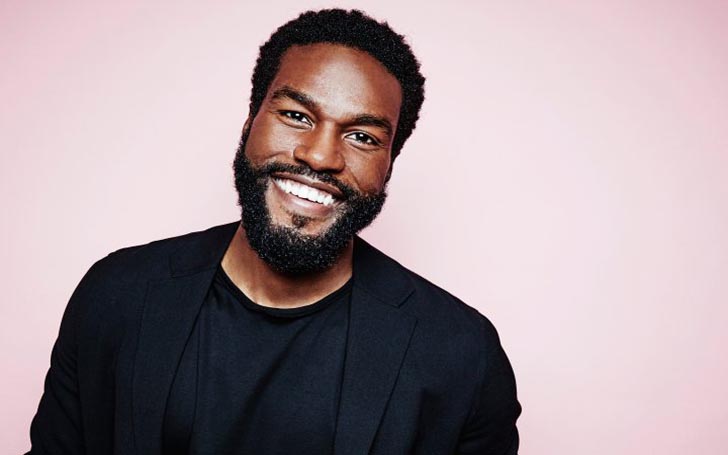 Yahya Abdul-Mateen II is not an unknown actor he’s been in over ten different projects, and once you see his photo, you’re going to scratch your head to think to yourself, “where have I seen this person before?” The reason for the question is simply because he’s been in some of the most high profile movies and TV shows over the past two years.

Born on 15 July 1986 in New Orleans he was born in a household of a Christian mother and a Muslim father and lived in the projects his early life. Yahya was a great athlete, and when he moved to California with his parents, he joined the hurdle team in his college. After his sporting days were over, he joined the University of California, Berkeley where he graduated with a degree in architecture and started his professional career in the Golden Gate City. But architecture was not his first love which is why he joined Yale School of Drama and graduated with a Masters degree in Fine Arts and then turned his head to acting.

The actor got a small part in a stage play and supported himself throughout his career then came the big job in a Baz Luhrmann project which changed his career forever. Now the actor is cast in another major Hollywood production which is all set to premiere so here is the career of Yahya Abdul-Mateen II so far.

Watchmen is a comic book from the collection of DC comics, and it deals with an alternate timeline where America won the Vietnam War, Nixon’s Watergate tapes were never exposed, and he was re-elected as the President and superheroes appeared in the world in 1940 which resulted in the change of the world and history.

HBO series 'Watchmen' from creator Damon Lindelof is a modern retelling of the story and the continuation of the movie which was made in 2009 by Zack Snyder. The television adaptation starts out with 'Rorschach' impressionist who targets police officers, and this results in the police taking up the mask to protect themselves.

Watch: The first official trailer of Watchmen coming to HBO

Yahya plays the character of 'Cal Abar' who is married to the lead character of the series 'Angela Abar' who is a police officer and take up the persona of 'Sister Night' to dole out her own brand of justice and protect her family from the impending doom around the corner as they all feel something is amiss in this society. The show is set to one of the best in late-night television programming, and considering the track record of HBO, they are not going to pull any punches in the series. So, expect to see Yahya for a long time on your television screens when 'Watchmen' debuts on 20 October 2019.

DC movies are not doing good by any means, people rejected America’s greatest hero in 'Superman,' and Ben Affleck mopped and cried to a 'Batman' performance which left the fans wondering who killed his dog. But there was a glimmer of hope when Wonder Woman debuted to critical and commercial success, and then 'Aquaman' arrived at similar acclaim and became the highest-grossing movie ever when it comes to DC comics adaptation.

Yahya was hired to play the character of 'Black Manta' who is a pirate and made his career jacking ships and killing people. 'Aquaman' puts an end to the whole thing, and when Manta’s father figure is trapped in the submarine, 'Arthur Curry' decides not to help, citing all the crimes the committed in the past. Manta swears revenge on Aquaman and attacks him while he is searching for the artifact against her brother. Manta is killed in the confrontation, but still, he was a good villain who was misused in the movie.

Watch: The trailer for Striking Viper from Black Mirror

The actor was also hired to play the character of 'Karl' in the fifth season of 'Black Mirror.' He was cast in the first episode of the series alongside Anthony Mackie, and the show was about the use of virtual reality in the way of sexual pleasure, and this was a great starring performance for the actor, and even though the fifth series of the show was not celebrated like the former seasons, this was a great one-off appearance for the actor which allowed him to reach a whole new brand of audience.

‘The Get Down’ and ‘The Greatest Showman’ along with Other Appearances

Yahya made a name for himself in the Baz Luhrmann show 'The Get Down' where he played the star-making character of ‘Cadillac’ he was a fan-favorite in the series, but the cost of the show only allowed it to be on screen for a season and only 11 episodes. The show was about the life of teenagers on the streets of the Bronx in the last 70s and the music they were listening then. Yahya played a gangster in the show, and it was the first introduction of the actor in the realm of filmmaking.

The actor was also hired to play the role of 'W.D. Wheeler' in the monster hit movie 'The Greatest Showman' which starred Hugh Jackman in the starring role. He was also cast in the 'Handmaid’s Tale' and also was one of the cast members of the hit horror movie from Jordan Peele where he played the character of 'Russel Thomas' and also 'Weyland.'

Watch: The trailer for The Greatest Showman

The actor will be next seen in another Jordan Peele movie 'Candyman' which is a remake of a 20th-century horror movie, and he will also star in the upcoming series 'Watchmen.'

Before you go, make sure to check out our Entertainment section where we are doing a cast run-down of all the characters of Watchmen. Then, check out Glamour Fame to be in the know of all the news, gossip and everything in between.