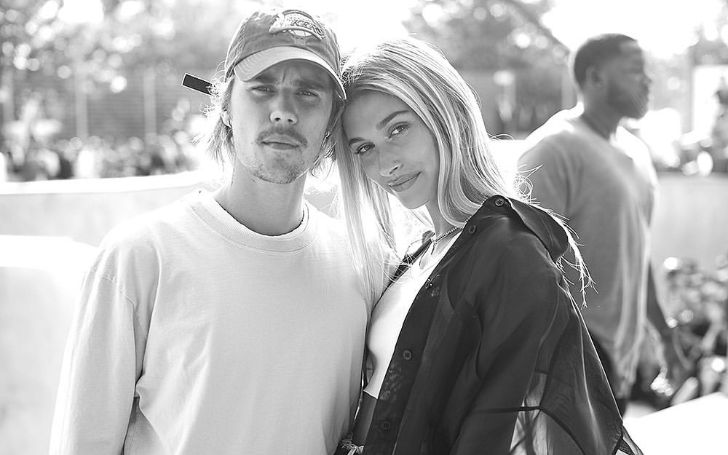 The internet lovebirds who got married in a low-key ceremony at Manhattan courthouse back in September 2018 recently announced a big Christian wedding ceremony.

Yes, you heard it right, and over this week Justin Bieber turned to his fans on Instagram and asked suggestion from fans for picking him a perfect tuxedo.

The couple is set to exchange the vows on September 30, Monday (today) in South Carolina.
SOURCE: Pinterest

Taking to Instagram on Friday, September 27, the 'One Time' hitmaker shared two photos of tuxes, a blue one with banana prints and another white with red paint splashes.

Days later, Bieber shared another picture of wedding attire with baby pink, rainbow, black and white fitted on a shots! Not sure either the 'Friends' hitmaker is fooling around like his fake pregnancy news with Hailey or he's really opting for one.

Both the bride and maid were spotted celebrating a cocktail party at the eve of their wedding day.

Hailey was on a off-the-shoulder dress on a $975 blush heel whereas on the other part Justin was on a white polo T-shirt on a black pants and deck shoes.

The couple along with photographer and guest then went for a ride on a lavish boat.
SOURCE: Daily Mail

The wedding is held at lavish 20,000 acre five-star resort at 'Montage Palmetto Bluffs' where room per night charges $314 per night.

They got married on the sunset today. We would like to congratulate both the lovebirds for such auspicious moment and wish for immortality in their marital life.

Stay tuned and connected to find the latest Entertainment article of your beloved celebrities on Glamour Fame.