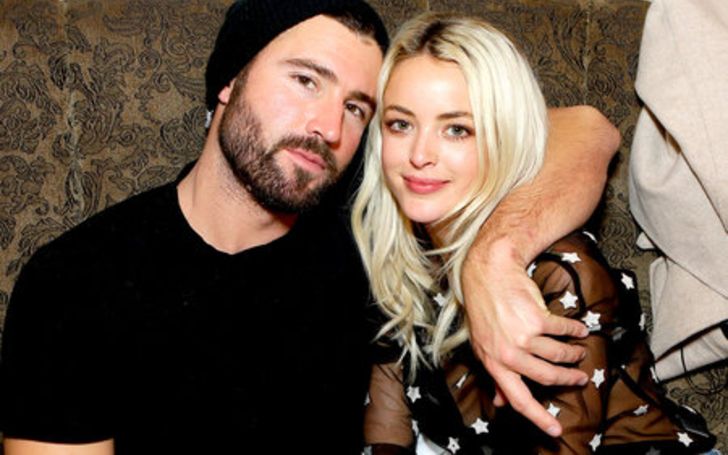 If you have been following the MTV's The Hills: New Beginning show then you probably saw the lovebirds Kaitlynn Carter and Brody Jenner who recently parted their ways after one year of marriage.

The sneak peek of the recent episode of 'The Hills' highlighted the topic about their tragic split and showing the hidden internal reasons.

The sneak-peak episode previewed some of the episodes which reads,

Carter opens up the gossip that Stephanie Pratt told her before, saying, "She’s just, like, asking about your relationship." The friend goes on to spill the rumors that Pratt had told her about the couple being in an open or polyamorous relationship, saying, "She’s like, ‘I don’t know. Isn’t there someone else, like, involved?"

That's when Jenner chimes in, "That's none of her business," but then continues to confirm the rumors, by saying, "You know, we just, we like what we like."

Carter begins to giggle when Jenner fessed up to their polyamorous relationship. Letting the cat out of the bag, Carter says in a solo-confessional,

When Brody and I first were together, we were young, we were crazy, we were, like, you know, basically just trying to have the time of our lives. So we did a lot of things in our relationship that, you know, I certainly wouldn’t say I regret, but the level of gossip that I feel happens in the group - it just makes me angry.

Shortly after Kailtlynn ended her one year relationship on Aug 2, Miley and model Carter were seen locking lips on vacation in Italy within few days of their divorce.

It sure does make us sad to hear the spit news of Brody and Carter, but on the positive aspect, everyone's happy for the decisions which were buried under the chest for so long.

To know the intriguing details and how the sensational couple decided to end such a blissful relationship, you can watch the upcoming episode of The Hills.