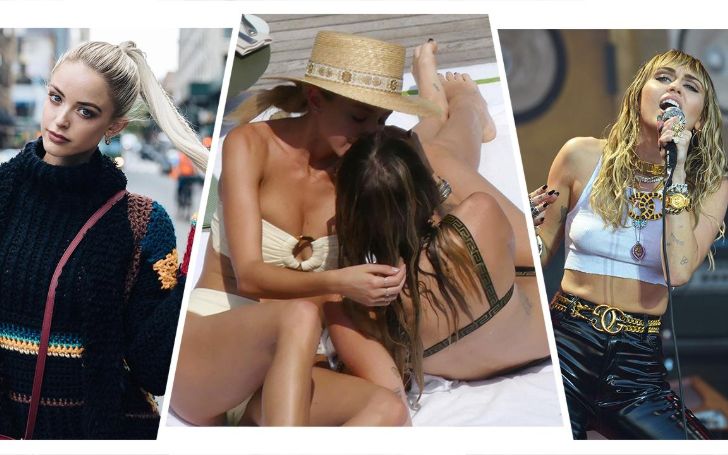 On Monday night Miley Cyrus was spotted locking lips with her rumored girlfriend Kaitlynn Carter before her performance on MTV Video Music Awards.

Fans speculated something was going on between the two lovers as both Liam, 29, and Miley, 26, initially kept the reason behind their split confidential from us. And on the other hand, Carter also ended her longtime relation with The Hills star Brody Jenner.

Everything started to make sense but in an odd way after Miley and Carter, 20, was spotted kissing during their recent vacation in Italy and even rumored having sex in a West Hollywood club.

Yes, the truth was harsh to many- finding out Cyrus belonged to LGBTQ community and precisely seeing such sensational couple Liam and Miley parting on their ways.

But it is what it is, and we have to welcome the changes. Since the rumors' now confirmed the Wrecking Ball star didn't shy to bring her love to the recent MTV musical event on Monday, Aug.26.

As per reports by Page Six, Miley was spotted 'sharing a kiss' with Carter before performing her new drop "Slide Away," a confession to Liam and the beginning of her new phase.

'Inner happiness is all that matters' and seems like The Wrecking Ball star is happy to show and enjoy the side that had been in the shades for so long. With positive hope and wishes we wish for all to be happy cause it's all that matters.