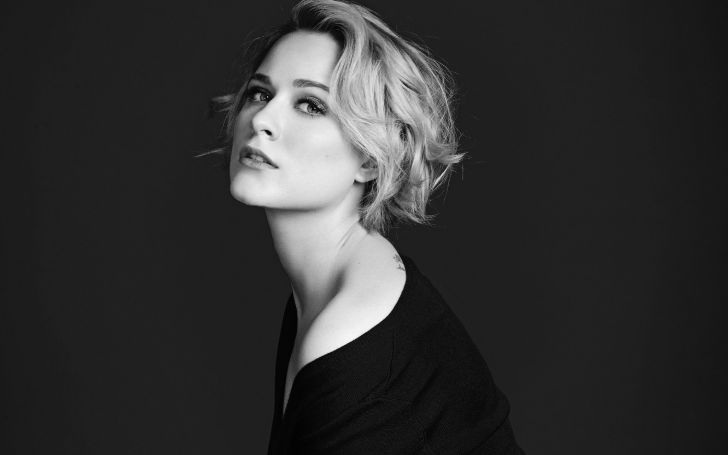 Know the relationship details of the 'Westworld' star Evan Rachel including her past failed marriage, affairs, and faced sexual assaults.

Those who are less familiar with the Hollywood glamour sensation, Evan Rachel Wood is an American actress, model, and musician noted for her prominent work on television shows like Once and Again, American Gothic.

Apart from her successful entertainment career, if we observe at the relationship history of the 32 years old model, then the star shares some of the heartbreaking incidents. So in order to know what happened, ahead, we've brought you with all the details of Wood's relationship covering all the situations that happened in between. Starting with her recent affairs,

As in now, Evan Wood's relationship status calibrates to 'single' so, the answer, for now, is 'no.' She is not seen to be romantically hitched with anyone since 2013, and she is not active on social media too. The reason behind her nullity in the relationship might be her past failed marriage and engagement.

If you are updated with the Rachel, then you might well know the singer has dated some of the famous Hollywood celebrities like Marilyn Manson, and Jamie Bell. So, here we've brought you with details of all Woods' past relationship, divorce, and affairs.

The 'Hold Me Tight' singer dismantled their band Rebel and a Basketcase on the same year they parted ways.
SOURCE: US Weekly

Evan is not spotted with anyone since her last engagement call-off with her 'Rabel and a Basketcase' bandmate Zach Villa. They were engaged in January 2017 but ended their engagement in September 2017.

Check Out: Is Erin Krakow Married to a Spouse? Get the Details of Her Romantic Life

Rachel and Zach called off the engagement without sharing fans the reason behind it. But some followers speculated Rachel's past relationship issues kind of turned their into toxic.

Shares a Son with Jamie Bell

Prior to that, she rekindled her love with dancer and actor Jamie Bell. The couple who fell in love at first sight at the Sundance Film Festival shares a son Jack Matfin Bell born on July 29, 2013.

FYI, the longtime lovers got married in a small ceremony in 2012 - five years after they broke up and gave home birth to her now six years old son.

On and Off Relationship with Marilyn Manson

One of Evan's noted relationship was with iconic musician Marilyn Manson. The former couple began dating after they met at celeb-favorite Chateau Marmont in 2007. Wood and Manson had an on and off relationship as they initially broke up in November 2008 and reunited in 2010.

Related: Is Marilyn Manson Married? Learn The Details Of His Wife And Children!

Manson even released a song "Heart-Shaped Glasses" on behalf of her. The couple even got engaged in January 2010 but unfortunately got divorced in August, seven months later.

Rachel and Katherine broke up after a year of dating.
SOURCE: US Weekly

Following her split with Marilyn, in 2011, Wood confessed she was bisexual sharing on Twitter, "I'm up for anything. Meet a nice guy, meet a nice girl".

And in 2014, she was spotted on a dinner date with American actress Katherine Moennig. Celebrity reporting outlet E! broke their relationship news and shared, they attended Hammer Museum's 12th Annual Gala holding hands.

But it was not destined to be, the partner decided to part their ways on November 9, 2014, after a year of dating. Sharing a tweet, Rachel wrote, "the past can hurt, but the way I see it, you can either run from it or learn from it."

As many women who are sexually harassed keeps all the pain buried under the chest and making themselves exhausted from the trauma, it stirred them up with.

But this was not the case with Wood as she carried herself strong and took her faced assault to the House Judiciary Subcommittee on Crime, Terrorism, Homeland Security, and Investigations and shared how hard it was for her to handle two assaults. Cramping anxiety, depression, and powerlessness were how she felt after the disturbing incident.

You May Like: What Can We Expect From Westworld Season 3? All The Details Of Cast, Release Date, And Trailer!

Regardless of all the tragedies and disturbing events, the 'If I Fell' singer had to deal, she made herself stronger, and importantly never gave up. As in now, she is an inspiration to thousands of people who has faced sexual violence and also a motivation for the LGBTQ community.

We wish nothing but the best for Wood. Stay tuned for more Entertainment updates on Glamour Fame.