home Entertainment What Happened to I_O? The DJ and Music Producer Died at 30

What Happened to I_O? The DJ and Music Producer Died at 30 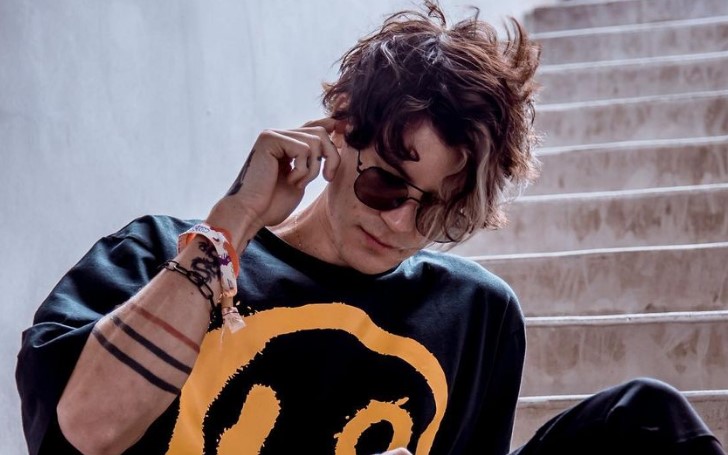 American DJ and music producer, i_o, died at the age of 30, the cause of death is still unknown.

American DJ and music producer, Garrett Lockhart, who was better known with his stage name, i_o, died at the age of 30 on Monday, November 23, 2020.

The news was announced on his Instagram account by his management team. Taking to his social media, his team wrote,

"On Monday, November 23rd, the world lost a beautiful soul, Garrett Falls Lockhart, also known as I_O. This extremely talented spirit taught us that even if nothing matters, you can still lead with love. Garrett's truth and soul live on through the music he shared. Rest in peace, Garrett. We love you."

Also See: Who Was I_O Girlfriend? Find Out About the Musician Relationship

Garrett's team, however, did not mention the cause of his death, but his previous posts suggest he was going through some depression and anxiety.

Even his recent song, "In My Head," explores mental health specifically in those two areas, depression and anxiety. The 30-year-old had also opened up about his experiences.

"'In My Head' reflects on depression and the lengths you go to quell the warped anxiety and polar ups and downs. I wrote this after I'd been up every night until 8 a.m. for what felt like months. It'd been a while since I'd played a show, and I didn't realize what kind of high I had been riding until touring stopped abruptly in March 2020."

Six days earlier than his death, on November 19, 2020, Garrett posted a photo of him with a caption that reads, "do you ever question your life?" which just suggests he was still having some time tough time.

While the real cause of his death has not been revealed yet, fans and friends are pretty much convinced it was a suicide. Well, let's just a few days before official results come out.

Following the confirmation of his death, many fans and friends took to their social media to pay their condolences to the EDM artist.

One fan wrote, "I feel like my heart has been ripped out of my chest. Rest in peace."

Another fan wrote, "This is extremely difficult news to take. Garrett was such a talented individual and we were not prepared to lose him. RIP"

The next one wrote, "Rest in peace legend you influenced me so much by your art. We will never forget you."

You May Also Like: What Was I_O Net Worth? Find Out How Rich the DJ Was