home Movies & TV Shows What Is Area 51? Everything You Need To Know!

What Is Area 51? Everything You Need To Know! 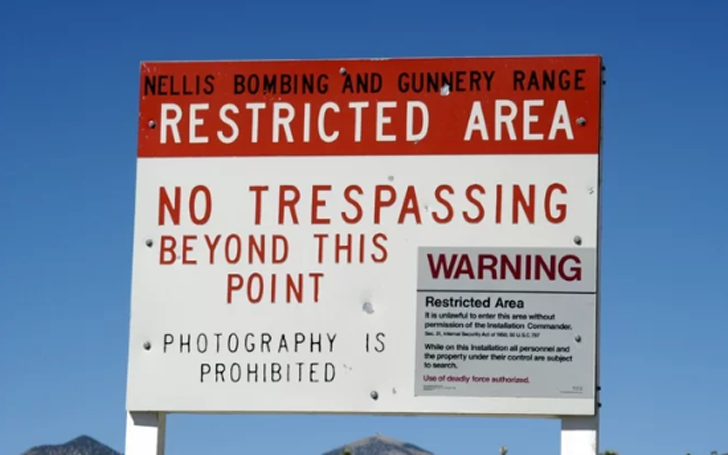 There is a segment in John Oliver’s show called “Why is this still a thing?” that is how we feel about Area 51. It has been so many years of nonstop controversy and conspiracy, but nothing has been proven yet, and now people want to storm a secretive military base with a stand by a military force that can protect itself from any kind of threats. Now, a bunch of millennial and conspiracy nutters is looking to storm the base. There are more natural ways of getting yourselves shot and killed people, no need to attack a fortified military base.

Area 51 is a reason for major conspiracy in all forms of media, most people have seen the movie 'Independence Day' where Aliens are kept. But what really is Area 51, and why is there so much mystery surrounding one base out of so many in America as well as around the world?

The real reason for naming the site Area 51 is not known, but it is explained as an Atomic Energy Commission grid. They didn’t use the number 51, but since the facility was near to grid 15, they named the facility Area 51. The place is also referred to as “an operating location near Groom Dry Lake” there are also some other nicknames for the facility such as Dreamland and Paradise Ranch. The whole location was bought by the USAF in 1955 to flight test their planes.

After the U-2 planes, the facility developed numerous planes and helped the US during the Korean War as well as spy planes that flew over occupied Berlin and the Soviet Union itself. The main reason for the existence of the facility was to study foreign technologies and develop new tech for the US military.

The facility is heavily guarded by hired contractors who patrol the fence in a white pickup wearing camouflage fatigues, and they are referred to as the “camo dudes.” The guards do not talk to anyone, but it was reported that they were authorized to use deadly force to stop any tress passers. There are even motion detectors to detect people approaching from a distance (there goes the element of surprise for the people storming the facility.)

There are so many conspiracy theories, let’s run down some of those theories.

Those are just some of the conspiracies that UFO nutters peddle about the facility. The first sightings to UFOs were in this area and the reason for those sightings were not given to public as it turns out the reason people saw UFOs in the area was because the planes Area 51 were developing could fly at 60,000 feet, and most of the sightings of the UFO was in the late afternoon when the sun rays gave the planes a fiery look that was construed as UFOs.

People there are no aliens if there were they wouldn’t land in the same spot for 70 years. They would branch out and see what is happening in the other parts of our world. You might say that maybe the ships were brought down by the military and taken to Area 51, but then you are telling us that the plane that can travel millions of miles to arrive on earth can be brought down by humans of 1950 who were unaware of extra-terrestrials even existing. There are no aliens because if they were smart enough to build ships that can travel to earth, then they would be smart enough not to land the ship in a military base. Don’t be stupid, the probability of there being an Alien life form is as small as you having horns sprouting spontaneously from your head.

Area 51 is a military facility, and they facilitate the US military, don’t be stupid people and don’t storm an army facility than has a standing order of using lethal force against tress passers. The air force themselves said that they will protect the facility from anything and everything.