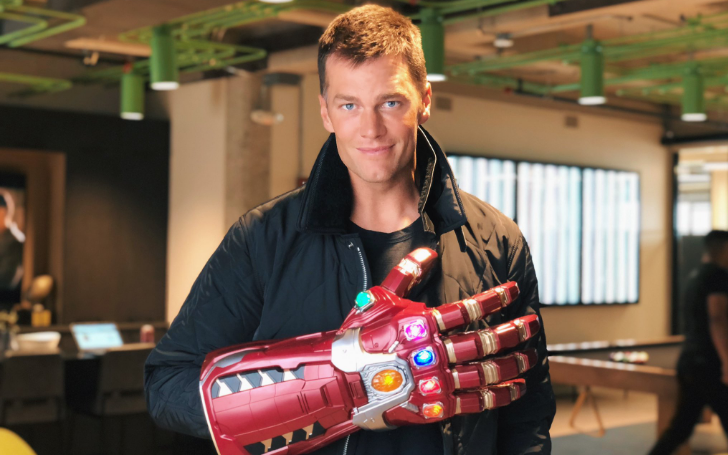 Tom Brady recently uploaded a picture of him wearing a Thanos' Gauntlet and claimed it's his new glove for the 2019 season.

It seems, the American football player, Tom Brady, is enjoying his social media sessions quite a bit lately.

The Patriots Quarter Back recently uploaded a picture of him wearing a Thanos Gauntlet and claimed it's his new glove for the 2019 season.

Ever since the Patriots QB opened a Twitter account, he has been very active on social media.

The American football player is well-known for his insightful, humorous, and witty posts on social media.

The Patriots QB also doesn't miss any special events, and family time, he is often seen posting about his special day and special family times.

If you are trying to get a peek of his social media activity, check out his official Twitter account.

Twitter page, where the Patriots QB pretty much updates about everything, that Brady thinks is important and keeps his fans updated.

And just to top it all, you can find some motivational and insightful quotes with relevant pictures of himself (of course).

See Also: Far From Home Actors Were Provided All The Avengers Spoilers Before Endgame Cast

But be warned, sometime you might end up thinking if Tom's account is hacked or his daughter is updating the posts for him because some posts are plain stupid.

Well, this recent post, one with the Thanos' glove, was a bit mixture of everything. What counts is keeping your fans entertained. In this regard, Thanos' glove's post does the job right.

And as any good organization would, the Patriots made the proper adjustments to Brady's new gear to make it more fitting.