home Entertainment What Is Halle Bailey' Net Worth? Find Out Her Sources Of Income And Earnings!

What Is Halle Bailey' Net Worth? Find Out Her Sources Of Income And Earnings! 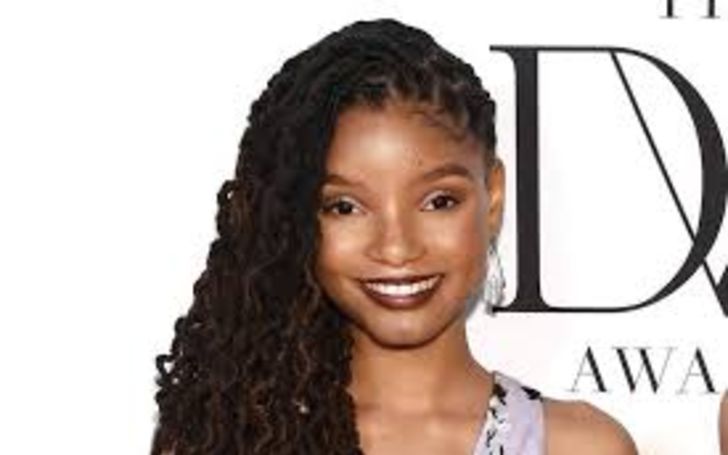 The R&B artist Halle Bailey, who runs the YouTube channel 'Chloe X Halle' with her older kin Chloe Bailey, was born in 2000 on 27th of March.

Halle was born to her parents Doug and Courtney and was reared up in Atlanta, Georgia with Chloe. She spent most of her childhood at Atlanta and later was moved to Los Angeles California so that she could pursue her career in singing.

Halle, who made her screen debut in the 2006 feature film ‘Last Holiday,’ shares a loving dynamic with her sister. The sisters made their official YouTube channel 'Chloe X Halle' in the year 2006 and began releasing covers of hit numbers.

Recommended: Is Halle Bailey Dating Someone? Who Is Her Boyfriend? Grab All The Details Of Her Relationship Status!

Besides all that surging popularity, we have presented you excruciating details regarding how much is Halle Bailey contributing to her fortune; know all the aspects showcasing her net worth, new Disney deal, and her other sources of income as well.

As of this moment, it will be a heck of a maths to calculate Halle Bailey’s net worth. As such, the gifted teenager is just starting to receive a star-esque cheque from Hollywood.

As most of you have probably heard, the 19-year-old star recently underwent a massive deal from industry’s giant, Walt Disney. Halle’s featuring as the lead actress in the live-action adaptation of Little Mermaid is sure a promising step for the young artist.

But the one thing that’s worth the curiosity is how much Halle is receiving for the role of Ariel.

On average, a child actress reportedly earns around $15000 per episode (Miley Cyrus-Hannah Montana) to as high as $180,000 (Miranda Cosgrove-iCarly) for a Disney series.

Also Read: Jacob Tremblay And Awkwafina Have Signed On To Play Flounder And Scuttle In 'The Little Mermaid' Live-Action Adaptation

Assuming the statistics and not to mention Disney’s habitual of throwing big budget plan, The Little Mermaid movie is sure going to have larger cuts for its casts. In that sense, it wouldn’t be surprising if Halley is accumulating around hundreds of thousands of dollars for The Little Mermaid.

Halle Bailey cover collaboration, (Beyonce’s Pretty Hurts) with her sister, Chloe Bailey became the one to put them on the map. The spread song went so popular that it managed to impress Beyoncé herself, who later signed the duo to her management company, Parkwood Entertainment for $1 million.

Halle had also been starring in Freeform series, “Grownish.” All things considered, it's safe to say Halley is not far from million figure; its only a matter of question whether she holds below that threshold or above.

You May Also Like:  Reality TV Star Kylie Jenner Joined Her Boyfriend Travis Scott on Stage During his Show at NYC's Madison Square Garden

Halle's channel along with her sister, Chloe X Halle holds 1 million+ subscribers and has amassed over 105 million+ views.