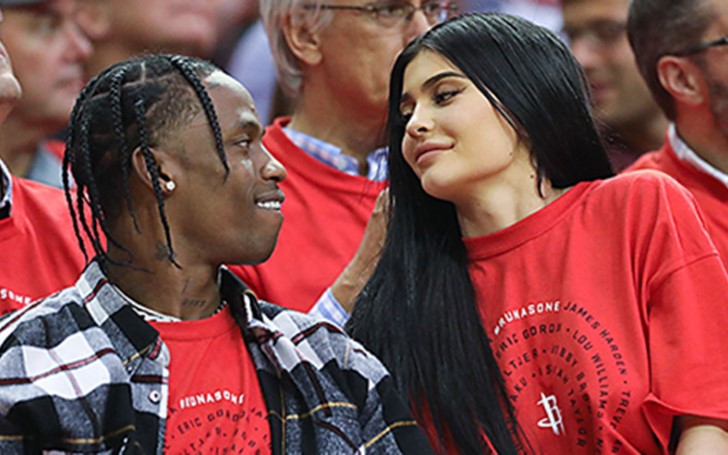 As a matter of fact, Kylie has been following and supporting Travis at his shows with daughter Stormi for the past several months.

Kylie, the Queen of Instagram is also currently enjoying the third anniversary of her Kylie Cosmetic company after being on Forbes list in the category of under 20 'self-made Billionaire'.

You might also like: Mayim Bialik Spent Thanksgiving with her Ex–husband, Michael Stone And His New Girlfriend

Travis who is professionally a rapper is currently on his tour titled The Astroworld Tour. The couple has been together for around two years now. And the 21 years old reality star reportedly only appeared with Travis at the show last night.

i need all the fans To go ham for sicko we almost there. Last night was nite. Go ham to sicko everybody go hammmmm LET GET IT TO THE TOP. !!!

Travis Scott has a whole room for Stormi on tour 👼⛈️#ASTROWORLDTour pic.twitter.com/5dmo4ARSrx

Papa Travis loves his daughter so much that he has also dedicated a whole room for his daughter on his tour. Seriously, how cute!

The also keep tracks of each other by frequently posting each other on their social media alongside Stormi.

Let's hope we get to be blessed by getting more of these pictures and videos of them together in the near future.