home Movies & TV Shows What's The Difference Between God And The Old Gods In Supernatural?

What's The Difference Between God And The Old Gods In Supernatural? 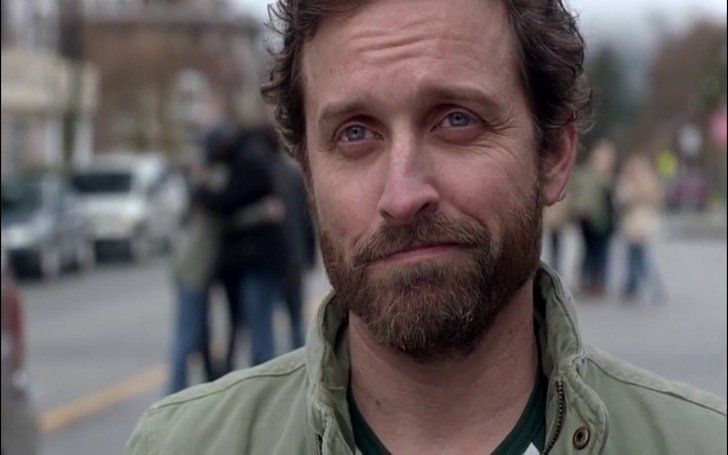 From the first moment, Supernatural arrived on TV screens, they have made one thing clear, atheists and non-believers will find the show ridiculous at best and hilarious at worst. To be honest, we are non-believers as well, but we love the show for what it is, a TV show where there are demons and angels.

There have been many ways the writers and creators have introduced deities in the show, some are weird, and some are fun. Take Loki for example, he is one of the most favorite characters to have ever appeared on the show, but on the other side of the spectrum, if I said 'Odin' made an appearance in the show most people will be confused as to when that happened. The reason for all this is the show has some really unique ways of portraying many deities from various religions.

The problem here is that the presence of so many gods will just complicate the story, so they are all talked as pagan gods, with an all too powerful god above them, and us all. The question of God has both baffled and outraged philosophers and people in general over the years as they hypothesize, there have been people who have worshiped so many gods that not all of them can be true even if some are. That is correct, gods don’t form depending on people’s religious choices so there is some truth to the fact that many of the gods can’t be real, maybe none are but we, like the show, are not going to get into that whole mess.

Supernatural is simple in that regard, they show you beliefs of various religions, but they are also not making it clear how it is possible for all these gods to exist simultaneously in the same universe. They just simply show you, Chuck Shurley, the one above all and he is what humans who are praying, are praying to.

The show may seem like Christianity heavily influences it but as the seasons rolled by the series delved more into the Abrahamic religions or more specifically Christianity, Judaism, and Islamic beliefs. You probably saw 'Michael' in season 14 appearing in front of a Muslim man and quote Koran. The all-powerful God is not the one of a single particular religion, he (as the portrayal is by a male actor) is the one who created everything and he the one who is listening to all prayers, well he used to before he decided to become an amateur writer.

The pagan gods shown within the series are if you have read the 2001 book by Neil Gaiman ‘American Gods’, dependent on people to keep them alive. For example, a god-like say, 'Zeus', who is portrayed as the God killing Supreme Being in books is just a highly enhanced human now because most people don’t worship them or just totally forgot about them. In that way, the old gods’ power is dependent on the number of followers they have, their support wains their power decreases, but that is also another way of showing how powerful ‘Chuck’ really is in the show. The power that Chuck has is of his own and not dependent on anything or anyone, and that is also the reason why ‘he’ will be a great villain in the final season of Supernatural.

Religion, as you know, is a very touchy subject to portray on the screen anywhere; you are going to cause offense with some factions. The problem for Supernatural was when they showed an extensive list of old gods in a season five episode, where the ancient gods meet to prevent the apocalypse and fight Lucifer. Most of the gods present were of pagan variety, people who are not worshiped as much but then they made one mistake of putting 'Kali' in with the rest of the figures. Hinduism is the world’s third-largest religion, and Kali is one of the most powerful of Hindu gods, but in this episode, she was portrayed as someone who was in a relationship with 'Gabriel' and was easily defeated by Lucifer. There was some backlash for that particular portrayal, but the creators of the show got luck as the episode aired some ten years ago, when social media was just rising. An episode like that won’t be able to stand in the current climate that we are in, the backlash would be unreal.

The reason for the portrayal of old gods as such weak fable beings is understandable because they were trying to portray Chuck as the most powerful being in the universe. But religion is a vast body of water and just because you see water, doesn’t mean you should drink it. Just like the ocean, the religious water is salty, and it will do you harm, and you need to tread very carefully, that must be the reason why the series hasn’t done an episode like that. It can be hard to portray everything as they should be, but one thing Supernatural has done beautifully is to allow every religion to exist without judgment.

Top 10 Most Powerful Characters In Supernatural

Sam vs Dean - Who's The Better Brother In Supernatural?

Marvel's TV Show Loki Will Follow The Version Of Loki Who Escaped With The Tesseract In Avengers: Endgame