What's Up With Taylor Selfridge's Resurfaced Racist Tweets? Grab All The Details Here! 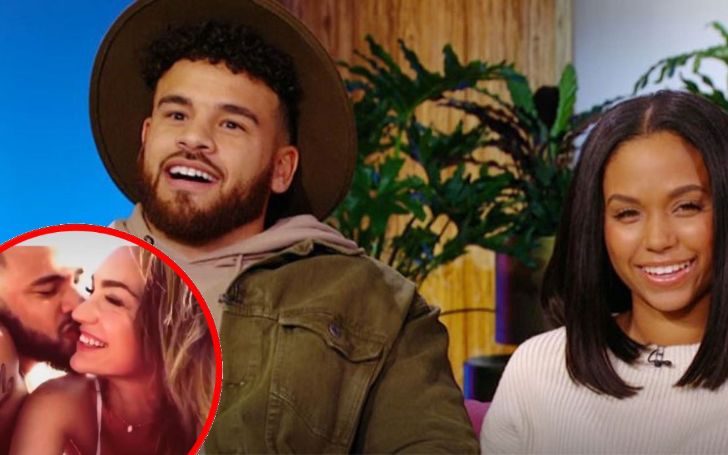 Taylor Selfridge's controversial tweets are set to feature on Teen Mom next week.

Soon after the fake pregnancy news Taylor Selfridge pulled, it brought some hefty backlash; the reality star isn't having quite a good time. This followed her previous controversial comments during her time on Ex On The Beach which appears to have circulated again.

Taylor, and her partner Cory Wharton along with his former girlfriend Cheyenne Floyd, whose controversial news dissing Cory's ex and 'women of color' is set to feature on Teen Mom OG next week.

UPDATE: Taylor Selfridge responds to the racist accusation. You can check it out here!

Cory, 28, and Taylor, 25, who met during the first season of MTV's Ex On The Beach are going stronger than any couple on the Internet right now.

While the head over heels lovers seem ready to die for each other, Cory's past seems to have other ideas for Taylor!

Teen Mom OG which is all set to air its season finale over the coming week as we saw on the recently shared promo, previewing some of the controversial glimpses from Taylor's past controversial scandal with Cheyenne.

We'll show you some of the racist tweets Selfridge shared back from her heated feud with Cheyenne Floyd. According to Ok! Magazine, the tweets are from 2013.

Besides, the glamour model even dissed Asian fans, though we don't know why she did it.

Perhaps, it could merely be for the sake of attention just as Taylor's now-deleted fake pregnancy story.

Check out some of the fans backlashes after the offensive comments.

Cheyenne even added she doesn't feel comfortable seeing Taylor near her 2-year-old daughter, Ryder. Well, all of Taylor's dark side is going to be revealed on the upcoming episode.

Teen Mom OG airs Mondays on MTV. Stay tuned and connected to find the update on the news.