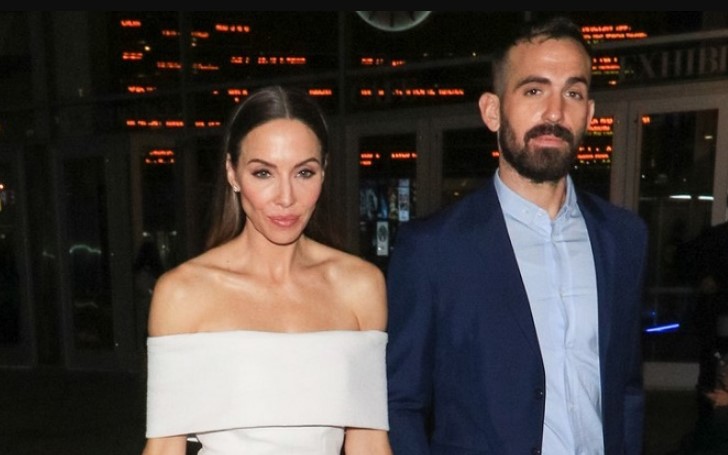 The comedian further describes herself as an actress, producer, writer, director, and a podcaster. While we don't doubt her talent, and we are not here to discuss it either. She is so successful we just wanted to know what's going on with her love life, because, we were just curious.

Whitney Cummings is Engaged to Her Long-Time Boyfriend

Whitney Cummings could not believe her ears when her long-time popped the question, to which she replied yes. Whitney's boyfriend, Miles Skinner, asked Cummings on her birthday on the 4th of September, 2018.

According to the reports, and her Instagram post itself, we could see Miles getting on her knee in front of her rescue horse, King. To honor the moment, the comedian posted a video on her social media.

But again, Whitney did not fail to make us laugh with her hilarious reaction to the proposal. We could see this was a total surprise for the comedian as she said she would have gotten a manicure if she had known his intentions.

Well, that for sure is a strange way to say 'Yes', but that's the reason we love Cummings and her weird sense of humor. This sure marked one of the most significant life events for the comedian as this was the first time Cummings talked about her relationship in public.

Before Whitney said yes to Miles, the couple kept it a real hush-hush about their romance. No doubt the comedian is secretive about her personal life, as after her proposal went viral, the 37-year-old maintained a private life again, and the two love-birds are yet to announce when they are getting married.

Long Before Whitney Started Dating Miles, She was in Other Relationships

Back in 2012, the stand-up comedian was head over heels for Peter Berg. The two looked perfect together, and it seemed they were made for each other.

But after a year, the two decided to part their ways. Following her breakup, Whitney was left heartbroken; in an interview, she even stressed it was one of the most painful breakups of her life.

The stand-up comedian was so fed up with her breakup; she even said she was done with men altogether. But that changed when she started dating Kerry Rhodes.

Recommended: Who is Jeffrey Dean Morgan Married to? Details of his Relationship with His Wife!

There were speculations claiming right after Whitney Cummings broke up with Peter Berg, she started dating Kerry Rhodes in 2014. However, there is minimal backing for this claim, but again her alleged relationship did not last more than a year.

Then when Cummings was losing all hope, she finally found love of her life, Miles Skinner. The two started their relationship, and kept it a real secret for a long time, until Skinner finally popped the question on 4th September 2018.