home Entertainment Who is Brooks Koepka Dating? Does He Have a Girlfriend?

Who is Brooks Koepka Dating? Does He Have a Girlfriend? 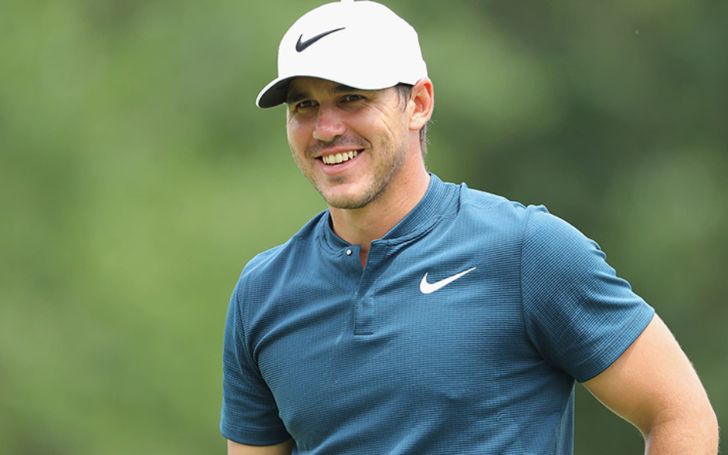 If you guys are searching a perfect example for the quote, "Behind every successful man there is a woman," then we can observe the relationship between Brooks Koepka and Jena Sims.

Brooks Koepka is a professional golf player, and Jena Sims created her career in the field of modeling and acting. They began to date since 2017, and in the time, Koepka garners his two US Open titles and two 'USPGA' Championships. So, beautiful actress Jena turns out to be a lucky charm for the athlete Brooks.

Now for those readers who are still wondering, who Brooks Koepka is dating? He is with the 2007 Miss Teen Georgia USA pageant winner, Jena Sims.

Who is Jena Sims?

Jena is an American actress who appeared in many movies and series until today. She played a leading role in a comedy horror movie, Attack of the 50-foot Cheerleader in 2012. Sims showed her appearance in one of the episodes of the television series Entourage and was also became a part of the series, Sharknado 5, in August 2017.

The 31-years-old actress also represented Georgia in the Miss Teen USA in Pasadena, California in August 2007. However, she failed to win the competition.

Except for her acting and modeling work, the beautiful actress, Jena, also runs a non-profit organization that hosts beauty pageants for children with cancer and other defects plus disadvantages called the 'Pageant of Hoped'. Her organization, until today, held its social activities in different places like Georgia, Tennessee, New York, Michigan, Wisconsin, California.

According to Golf Monthly, the couple, Brooks Koepka and Jena Sims are dating each other for around three years now. However, their relationship got a lot of hype from the commentary of Joe Buck.

While walking off the 18th green after his victory in the tournament, he and his former girlfriend shared some lovely moments, the pair embraced and kissed each other.

Also See: Phil Mickelson Weight Loss - How Did the Golfer Get a Ripped Figure?

During that time, the sportscaster, Joe Buck, identifies the beauty, Jena, with Becky Edwards, who is the former girlfriend of the professional golfer, Brooks.So, a simple misinterpretation of the sports broadcaster, Bucks made a huge news which uplifted the details related to the love-life of the beautiful couple.

Who is The Ex-Girlfriend of Brooks, Becky Edwards?

For those readers who wanted to know about the ex-girlfriend of the professional golfer, Brooks Koepka? Let us inform you guys that she is a well-known personality in the soccer world.

The American soccer player played for the Swedish club 'Kristianstads DFF' in the Damallsvenskan. She, in her career, played from different clubs and had won many games with her teams.

You Might Also Like: Johnny Depp Enjoys Passionate Kiss With Mystery Blonde Woman After Divorce From Amber Heard

Though the time the former partners started to date each other is not mentioned in any media, according to New York Post, Koepka, who is worth $20 million, split from Edwards sometime after December 2016. After then he began his romance with the former teenage beauty queen, Jena Sims.