home Entertainment Who is Economist Elizabeth Colbert Busch married to?

Who is Economist Elizabeth Colbert Busch married to? 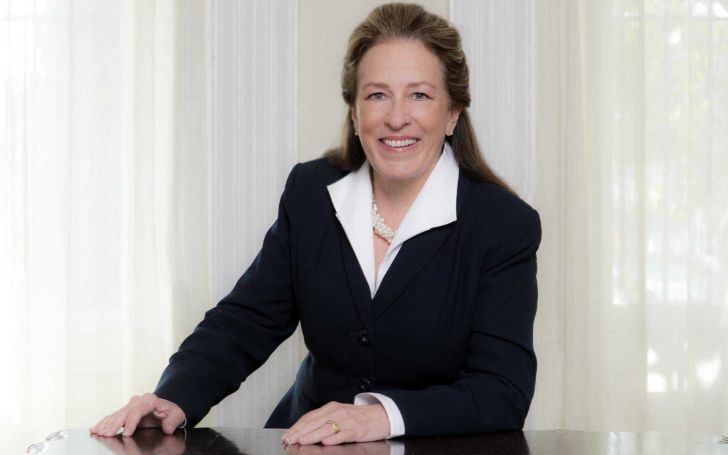 Here is all the information regarding the husband and married life of Economist Elizabeth Colbert Busch.

Elizabeth Colbert Busch, born on December 10, 1954, is an economist and politician. The Director of Business Development at Clemson University's Restoration Institute was once the Democratic Party nominee for the special election for South Carolina's 1st congressional district in 2013. She, however, lost the election to Mark Sanford.

Elizabeth is the sister of the comedian Stephen Colbert, who hosts the CBS talk program 'The Late Show with Stephen Colbert.' Their father, James William Colbert Jr., served as the first Vice President of Academic Affairs at the Medical University of South Carolina.

Matter of fact, she is the eight among the eleven children of her parents. Tragically in 1974, her father and two brothers were killed on Eastern Airlines Flight 212.

If you want to know about the husband and married life of Elizabeth Busch, keep on reading the article. Here, we provide you with all the information regarding her marriage.

Who Is Elizabeth Colbert Busch's Husband?

Elizabeth Colbert Busch is married to Claus Wyman Busch III. Very little information is available regarding Elizabeth's husband, Claus. Elizabeth wants to keep her personal life private to herself and does not seem interested in giving any details related to her family.

Elizabeth Colbert Busch Was Imprisoned Once

The court granted Elizabeth Colbert a divorce from Robert Legare in 1987. But there remained some issues between the two which did not get resolved till 1989.

Also see Who Is TikTok Star Charli D'Amelio? Every Fact about the Controversial Personality

As they were not able to resolve their differences, they were once arrested in 1988 for 24 hours. Four years after 1989, Elizabeth got married to Claus Wyman. Now, Elizabeth is living a happy life with her husband and family, who provide her with constant love and support.

Everyone knows Stephen Colbert from his Comedy Central program 'The Colbert Report' that ran from 2005 to 2014. Since 2015, Colbert runs the talk show 'The Late Show with Stephen Colbert.'

The popularity of Stephen was useful during her election campaign in 2013. Stephen used his fame during her campaign to earn votes and elect her to the office. Unfortunately, she lost, but Stephen showed his love for her sister by doing the best he can.

Also see Evelyn McGee-Colbert - Wife of Stephen Colbert, Facts to Know About Her

To learn more about relationships of the stories of famous personas, visit Glamour Fame.