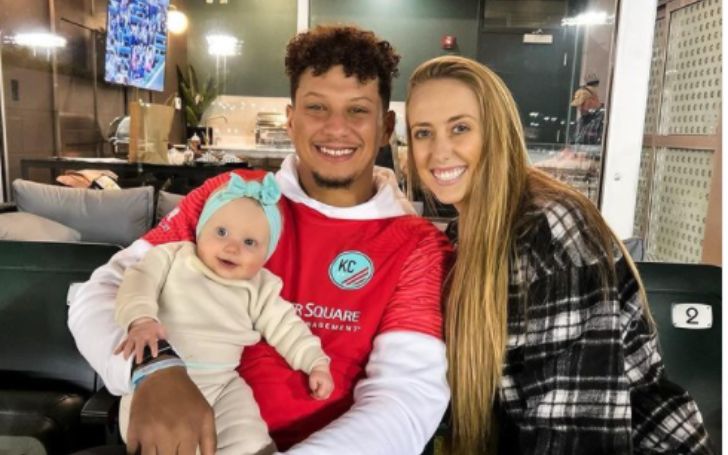 Here You Can Grab All The Details Regarding Patrick Mahomes Personal Affairs!

Patrick Lavon Mahomes II, well remembered as Patrick Mahomes, is an American National Football League quarterback for the Kansas City Chiefs football team. He was projected to be a first or second-round pick by the majority of analysts and scouts.

Talking about the beginning, Patrick, the son of former MLB pitcher Pat Mahomes Sr., played baseball and football for Whitehouse High School and Texas Tech before being drafted into the NFL in 2017. He was named the NFL's Most Valuable Player in 2018, and following his third professional season, he became 2020's Super Bowl MVP.

Moreover, Patrick is one of the highest-paid athletes globally in today's date. Indeed, he is a multimillionaire accumulating a total net worth of around $40 million. Further, let's discuss his relationship status up to date in detail below in the article.

Is Kansas City Chiefs Star Patrick Mahomes' Married? If Yes, Who Is The Lucky Girl!

Fortunately, Patrick Mahomes is not yet a married man but, unfortunately, committed to Brittany Matthews. The lovey-dovey couple is an engaged pair. On September 9, 2020, they exchanged their ring at the Arrowhead Stadium.

The days earlier, on September 1, 2020, as Patrick and Brittany attended the Chiefs' Super Bowl ring ceremony together, Patrick surprised Brittany with an engagement proposal, where there was posted a photo of a section of the stadium that had been blocked off, covered in roses, with a sign that said, "Will you marry me?" She later posted a photo of her ring.

Patrick Mahomes and Brittany Matthews got engaged on September 9, 2020, at the Arrowhead Stadium.
Photo Source: Instagram

Patrick's sweetheart, Brittany, is a certified fitness trainer. As of 2019, she launched Brittany Lynne Fitness, a website offering training programs and fitness merchandise designed by Matthews.

The duo has been together since high school. Ten years earlier, Patrick and Brittany came closer when he was just a freshman at Whitehouse High School in 2011. Later, on the occasion of Valentine's Day, he gives her a rose with a Valentine's Day card, which leads their friendship to morph into something more.

As mentioned by US Magazine, both were athletes where Patrick used to play football and baseball while Brittany was a soccer star throughout their high school time. After graduation, both parted away to separate colleges but were residents of Texas, which helped keep their relationship alive.

Moreover, they stick to their relationship and are still together for more than eleven years due to their mutual understanding. Patrick and Brittany's eleven years of togetherness, now blessed with their beautiful daughter.

Patrick Mahomes And Brittany Matthews Are Parents To Sterling Skye

Patrick Mahomes and fiancée Brittany Matthews, a week after exchanging rings in September 2020, announced about expecting their first child together. On September 30, 2020, both shared the snap via Instagram, holding a sonogram.

Patrick Mahomes and Brittany Matthews are the parents of a daughter, Sterling Skye.
Photo Source: Instagram

On February 20, 2021, Patrick and Brittany became the parents of the lovely daughter, Sterling Skye. Switching on the couple's Instagram, we can find several pictures of them along with their daughter. Besides having a lovely family and a happy personal life, the Kansas City Chiefs quarterback is also a multimillionaire.

For more updates, stay tuned with us in Glamour Fame.