home Entertainment Who Is The Co-Founder Of Reddit Steve Huffman? His Career, Net Worth & Personal Life At A Glance!

Who Is The Co-Founder Of Reddit Steve Huffman? His Career, Net Worth & Personal Life At A Glance! 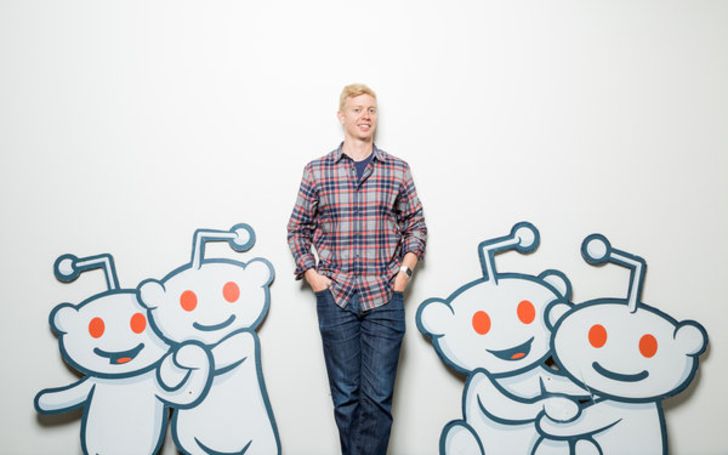 One of the leading sites which rank in the top 19 websites in the world 'Reddit,' a social news media platform where you can discuss almost anything! From your beloved TV series like Teen Mom, 90 Days fiance to movies movie discussion like Marvel, Disney to Science and Tech news to Politics to Beauty and Glamour to Global Warming, Poem, literature almost anything.

Celebrities like Pew Die Pie's behind such massive subscribers and followers can thank his subreddit pages, which help him interact with millions of his visitors and come up with contents.

So in this article, we are here to discuss one of the trendsetters and tech changer the man who created the "Front Page of the Internet," Steve Huffman, the founder of Reddit.

Steve Huffman grew up in Warrenton, Virginia already showed his programming skills from young age of eight creating a calculator.

The child who wrote code to solve his arithmetic problems was sure to surprise us with something sharp. So did he, shortly during the final years in major Computer Science at the University of Virginia in 2005.

During the semester break in his senior years at UVA, Huffman and his hostel roommate, Alexis Ohanian initially walked the path of something big. Both invited to attend a lecture delivered by programmer-entrepreneur Paul Graham.

Initially, Huffman came up with an idea to create MY Mobile Menu, motived to order human foods by SMS. But unlike many high school projects, the professor didn't seem much interested and dropped the proposal.

But later both the roommate came up with 'Reddit' the 'front page of the Internet.' Y Combinator's first-class accepted the project.

The site was so successful that its audience proliferated within the first few months. By August 2005, Steve was surprised seeing the site grow so big that he no longer needed to write posts and contents himself.

In 2014 the popularity of the site made him feel like it was a mistake selling Reddit and again came back.

Talent is always admired, nine years after on July 10, 2015, Reddit hired Steve as CEO shortly after Ellen Pao resigned from the company.

Over the period, the social site was running with some problems and facing backlash for its poor content management. After joining in, Huffman came with some updates to the platform adding mobile apps on iOS and Android.

As reports by Celebritynetworth and Tech info, Steve's net worth is estimated around $5 million to $10 million.

The source behind his envying money Steve Huffans holds can be all credited to Reddit, and his travel website Hipmunk with Adam Goldstein.

Huffman lives in San Francisco, California. He mentors aspiring programmers at coding boot-camps including Hackbright Academy. Huffman was an instructor of e-learning courses on web development by Udacity.

He is one of the successful technical contributor in the era of technology. His name comes around with some of the great inventors such as Mark Zuckerberg, Jack Dorsey and others.

Hope you enjoyed the article, stay tuned and connected to find more intriguing articles on the world shakers and technology.