home Entertainment Why Is Danielle Cohn Eager To Return To Hawaii?

Why Is Danielle Cohn Eager To Return To Hawaii? 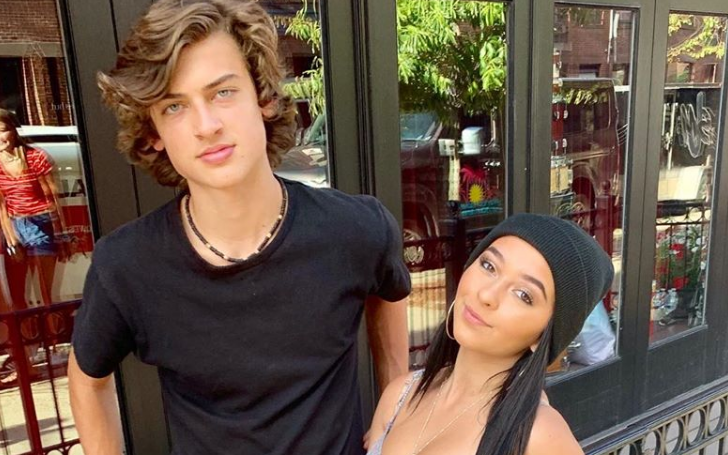 Fans slammed Danielle Cohn when she tweeted about her wish to go Hawaii again.

Wait, before we say anything, we would like to take a minute silence for a 14-year-kid, who likes to fake her marriage, got slammed for her maybe innocent wish.

We are talking about Danielle Cohn, who is being criticized after Cohn tweeted about her wish to go back to Hawaii again.

Well, if you follow this little brat, then you probably know Dani and Sebastian Topete was on vacation to Hawaii somewhere in February 2018, but Dan broke up with Seb and now dating Mikey Tua.

The internet star was again seen in Hawaii with her new boyfriend, Mikey Tua. So, if Dani wants to go to the same place back again, does this suggest she wants a new boyfriend?

Don't blame us for our conclusion; look at the pattern of this little wretch, who fakes about her pregnancy. But fans know what she wants, and they give her precisely the same, every time!

Tweeple have charged Dani with their most brutal comments, and we hope Cohn is alright.

One fan wrote, "She probably has to beg her mom to let her go, and if she says no, she wants to get emancipated."

Another Fan wrote, "You need to go back to school and study; that’s what you need to do."

Watch: Danielle Cohn and Mikey Tua were in Hawaii on their first Valentine's

Next fan wrote, "Go back to bed u 13-year-old child you're literally "famous " for being a little whore and dating guys on the   internet    faked a pregnancy lied about your age why are you still relevant you're  racist and lied about being Latina is no stop the lying and stop photoshopping sis."

Well, you can see for yourself, nobody, literally nobody gave a shit about Dani's post, instead slammed her for merely existing on this Earth.

The comment section is filled with hilarious stuff; people are really finding time to bash this 14-year-old kid.

Dani, on the other hand, she likes to piss off people. To do so, Cohn doesn't even have to try; a simple "I need a candy" post on her social media is enough to make people go mad.