Witney Carson Reveals the Gender of Her Upcoming Baby 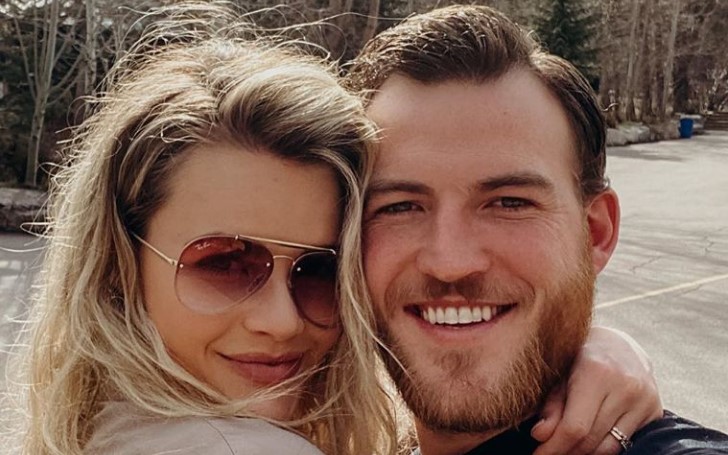 Witney Carson and her husband Carson McAllister revealed the gender of their upcoming baby.

Dancing with the Stars Pro, Witney Carson, is expecting and she just revealed the gender of her upcoming baby. Witney and her husband Carson McAllister took to their social media to announce the news.

The couple shared a video on their Instagram account last week and gave their followers a glimpse at their family-filled celebration of gender reveal party.

On the video, the couple is seen handing out canisters to their family and friends, and when twisted, the canisters gave out blue smoke to reveal the Carson and McAllister are having a little baby boy.

Following the video, fans flocked to the comment section and congratulated the couple.

Another fan wrote, "Congratulations Witney!!!! 💙💙😭😍 soo happy for you guys!"

Next fan wrote, "Yay witney!!!💙💙💙 I’m so excited for you and your little boy:) you’re going to be an amazing mother."

The couple, who is already parents to their daughter,  revealed they are expecting their second baby last month. Well since the news out, we all are happy for the couple. Best wishes to Carson and McAllister.