Wonder Woman Vs. Captain Marvel - Who Is The Strongest Female Superhero? 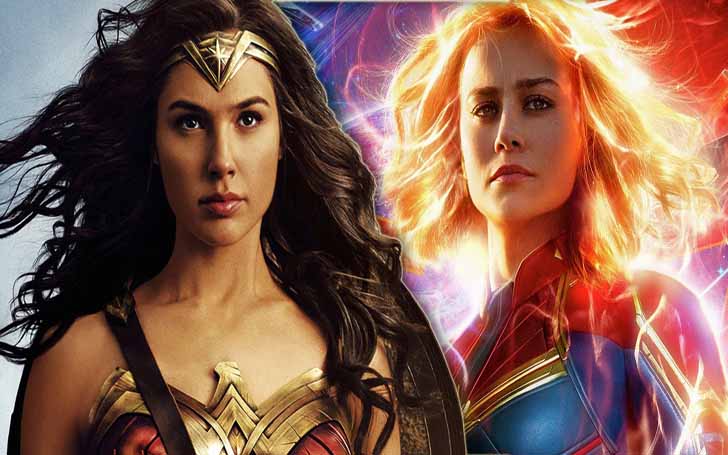 Wonder Woman vs. Captain Marvel, who would win in a fight?

People like to discuss or even fight as to who might be the better superhero, who would win a fight. There have been numerous superhero battles in the comics, and it is like the favorite pass time of comic book nerds to fight over who is the better superhero.

We have seen Hulk fight Wolverine, Captain America, and Iron Man duke it out in Civil War and Batman vs. 'Superman'. The movies and comics superhero battle are limited to their particular imprints. But that is not the case for the public; we can compare whoever we want. Ever since DC released Wonder Woman and Marvel released Captain Marvel, one question is on people’s mind, “Who would win in a solo fight?”

Two of the strongest female characters of DC and Marvel franchises are almost similar to warrant a valid discussion, where anyone can come out on top.

Let’s take a more in-depth look as to who Captain Marvel and Wonder Woman are.

During a crash and an explosion, Carol Danvers’ DNA mixes with that of an alien race called 'Kree' and the Infinity Stone Tesseract. She gains her power after the fatal crash and braches of as 'Ms. Marvel'.

Captain Marvel is a powerful being who can shoot photon blasts from her hand, but even she doesn’t know the full extent of her power. The powers Captain Marvel can tap into depends on the persona that she is in; there is even a person of hers, which can wield the power of the stars.

Watch: The trailer for the first Captain Marvel movie

Captain Marvel can shoot photon blast, she can absorb energies from enemy attacks, and she has skin that can’t be penetrated. Even if she is hurt in battle, she has the power to regenerate, which is why she is considered the most powerful being in the Marvel comics.

The scene in Thor Ragnarok between Hulk and Thor is even funnier now because they were arguing over who the strongest Avenger was among themselves.

Though her true potential is not known to even herself, Captain Marvel is undoubtedly mighty as evidenced by the fight she had with Thanos in Avengers: Endgame. Thanos was manhandling everyone in the movie, but Captain Marvel was responsible for turning the tide in the battle. She made even Thanos nervous, now that is a true testament of her power.

Wonder Woman, not like Captain Marvel, was created in the 40s and is considered one-third of the Trinity, which consists of Superman and Batman for DC. She was an integral part of the formation of the DC comic universe, whereas Captain Marvel was later added to the already up and running universe.

Created by Professor William Moulton Marston (watch William Marston and Wonder Woman to understand the creation of the character better) Wonder Woman is an Amazonian princess, born Princess Diana of Themyscira. She was molded off the clay and given life by Zeus, a demigoddess, with the power of gods. She is also known only as 'Diana Prince' while she is trying to blend in with humans.

Princess Diana has the gift of immortality, which is why she has survived for almost 5,000 years. She is a master of hand to hand combat as she has trained all her life on the island she lived with all the Amazon warriors. The amount of training she received should be extensive as she never gets tired, and the practice could last for days.

Watch: The trailer for the Wonder Woman movie

Wonder Woman is powerful in her own right, but when she wields her signature shield and unbreakable wrist cuffs along with the sword, she is almost unbeatable. Though the most powerful of her weapons have to be the Lasso of Truth, wrap it around anyone, and they start speaking the truth, plus it is also a great weapon.

Diana is mighty, and she said that she hasn’t hit the limits of her powers till now. It is said that at 10% of her strength, she can punch someone to Pluto. With invulnerable skin, Diana is one of the most powerful characters in the DC universe, and Wonder Woman has fought some mighty god-like beings throughout her life. So, it goes without saying that she is a strong being, but you won’t hear us say that both of the ladies here cannot be bested.

As Wonder Woman became the face of the DC universe, and Captain Marvel mad over $1 billion at the box office, the question is on almost everyone’s mind who is the better of the two. Who would win out in a battle between two of the most powerful women in the comic universe? Here is the answer;

Wonder Woman, on the other hand, is experienced as she has survived for so long fighting some terrifying beings. She is not a slouch, and she can compete against anyone, as her history is evidence.

Since they can match each other in power, the will most certainly end in a tie, but if we have to bet on a single lady to win, we will bet it on Captain Marvel and her Photon Blaster.