home Entertainment Written In The Stars? Love Island’s First Episode 'Predicted Anna And Ovie Getting Together'

Written In The Stars? Love Island’s First Episode 'Predicted Anna And Ovie Getting Together' 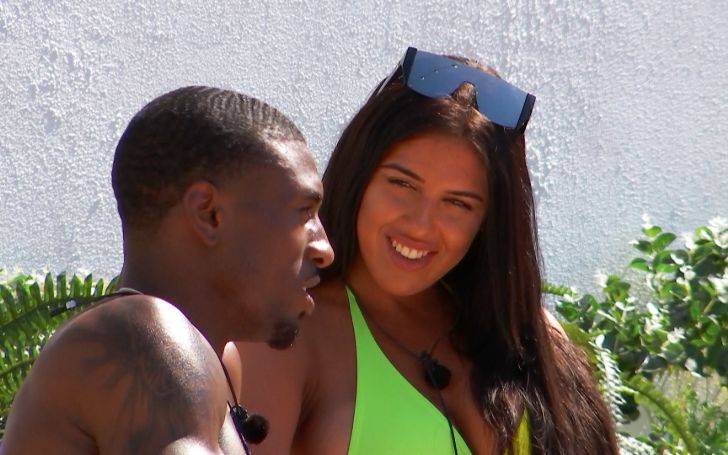 Love Island's first episode 'Predicted Anna And Ovie Getting Together'.

This season of Love Island sure has a lot in store for the fans. As a matter of fact, right from the first episode the signs of the season being epic shimmered into existence.

Anna Vakili and Ovie Soko apparently are very close on the recent recreation of the reality TV series, Love Island. Yet, it turns out that a funny meme of episode one showcases that Sherif Lanre actually predicted the pairing outcome earlier on.:

When speaking to Anna after coupling up with him, Sherif came through with the question,

“What kind of seven-foot basketball were you waiting for?” Hmm, well – Ovie, obviously?!"

The first episode revolved around the happenings of the instance where split villas get to know the new islanders that graced their temporary homes. With Micheal’s head clearly not in the right place on his relationship stance with Amber, it is sure going to be an interesting episode to partake on where their relationship goes at the end of this.

However, it is quite unfortunate that it doesn’t look good for Amber at all – who sure will see through her loyalty on the relationship right to the end.

Not only that, Curtis found himself in a predicament when Tommy Fury inquired him over his true feelings with Amy. Moreover, the reality star expressed he couldn’t understand why his head would be turning despite his intense feelings towards her.

Putting the drama aside, viewers got their chance to witness Maura and Dennon escalate their new found flirtationship to another level after he confidently asked the Irish beauty for a kiss. It was quite a given that she would oblige and she did. Now we are yet to see the final couples coming back from Casa Amor.