home Entertainment Who is YouTuber Larray dating in 2019? What about his ex-boyfriend?

Who is YouTuber Larray dating in 2019? What about his ex-boyfriend? 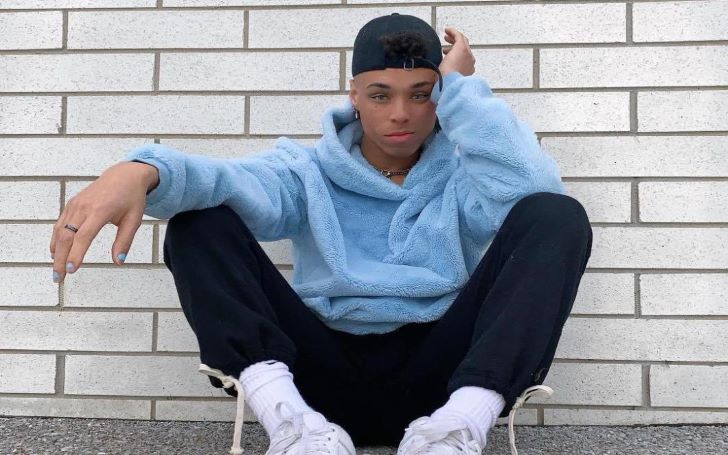 Larri Merritt, aka Youtuber Larray, is best known for his comedy videos, music videos, and personal vlogs along with prank videos and challenges. Merritt first started his career with vines, where he earned over 200,000 followers before the app went out of business.

Being an openly gay, Larray chooses to keep his love life under the radar. While many people think he is dating his best friend Issa Twaimz, who is an American Youtuber as well as musician, Larray is busy romancing with his beau, Brady. Without any delay, let's dig right into his relationship status and previous flings.

Many of you are not aware of the fact that Larray is dating a Instagram influencer and YouTuber, Brady Potter. Potter is famous in his Instagram account, brady.potter for his casual and street style fashion modeling often accompanied by lifestyle photos.

Also Read: Is Billie Eilish' brother Finneas O'Connell dating? Who is his girlfriend?

Furthermore, Potter often shares intimate pictures with his lover on her Instagram account with 70.6K followers. Have a look at a snap where Brady is cuddling with Larray.

Brady is not shy to show off his affection for his beau, Larray.
Source: Instagram

Talking about Larray's boyfriend, he was born in Chicago and currently living in Los Angeles. Brady is a bisexual by personality and has dated both males as well as females in the past.

Larray previously dated another social media star, Jacob Villegas. Born in the United States, the 20 years old is an Instagram influencer with over 38.4K followers.

The former couple dated for quite some time back in the year 2017. Furthermore, both choose to keep mum and have not shared the actual reason for their split till this date.

Recommended: Who is Eamonn Holmes Wife? Get Details of his Married Life and Children!

Moreover, Larray is still a good friend with his ex-boyfriend and even features him in his YouTube videos. Have a look at a video entitled "turning my ex-boyfriend into a Roblox."

Meanwhile, both of them have moved on in their respective life with Larray dating Brady and Jacob dating Cameron Field. Cameron is an Australian Instagram personality.

Well, many of you are not aware of this, but Larray actually dated his best friend, James Butler. Unlike his other relationship, Larray didn't share detailed information about his relationship with Butler.

The love birds had a romantic fling back in April 2017, but the reason for their break is yet to be disclosed. Their love affair was known when James featured the former Viner in his video like "MEET MY BOYFRIEND 😍" and "PROPOSING TO MY BOYFRIEND AT 18!! (ft. LARRAYOX)"