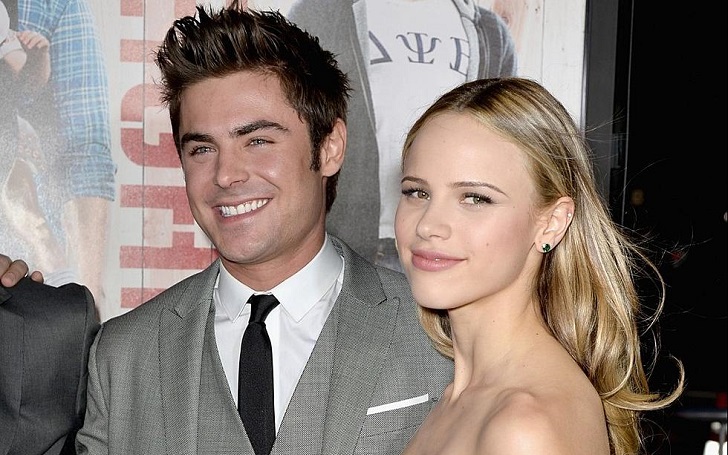 Is Zac Efron going to be the dating star of 2020? After a near-death experience in Papua New Guinea, it's the least he deserves.

Of course, when 'High School Musical' was on a high, we wanted Efron and co-star Vanessa Hudgens to be dating for reals. But we've since known the two have moved on in their own directions when it comes to relationships.

Yeah, Efron was one of those long-haired teenagers back in the day.
Source: High School Musical, Disney

Yes, Zac has been available for a date in between his past relationships for different long periods of time. But while many may dream of dating this handsome devil, there's been a few who's been able to hold his hand off the set.

And now, in quick succession, the 32-year-old seems to have bounced back to the dating scene. After reports of his separation from Danish swimmer Sarah Bro, he's rekindled a romance from the past, with Halston Sage.

Yeah, this one was from April 2014.
Source: SplashNewsOnline/AKM-GSI

If the name and her face seem familiar, the two were 'Neighbors' co-star back in 2014. They met on the set for the first time. Although, Sage has been in the screen-world since being a child actor years ago.

After the movie went out (or somewhere in between), reports flew out that they were dating, back in 2014. The case was more appealing when they were seen together attending a basketball game together in April of that year.

To be fair, the two were only romantically linked back then, and Efron was later dating model Sami Miró, a relationship that went on for two years.

While there may not be much romantically from the past, the two are making headlines again after the US Weekly reports, confirming the budding new relationship. While fans may be screaming on the inside (and the outside), this news also has devastated many girls. They didn't even get a chance to proceed with something for him.

The source, whoever that may be is confirming that the two "are in a serious relationship and in love". They also reportedly spent their vacations together, part of the time in Santa Barbara.

The relationship between the 'High School Musical' alum and the Dane (Bro) was only pure speculation because they never attended the red carpet together like he did with Alexandra Daddario. But going side-by-side to various events together just wasn't going to be ignored.

In any case, the two are happy together, and Halston Sage may just break the record for the longest relationship with Zac Efron. Of course, challenging Vanessa Hudgens' five-year record is still a different feat altogether.