home Beauty Did Zac Efron Undergo Plastic Surgery? Find Out About it Here

Did Zac Efron Undergo Plastic Surgery? Find Out About it Here 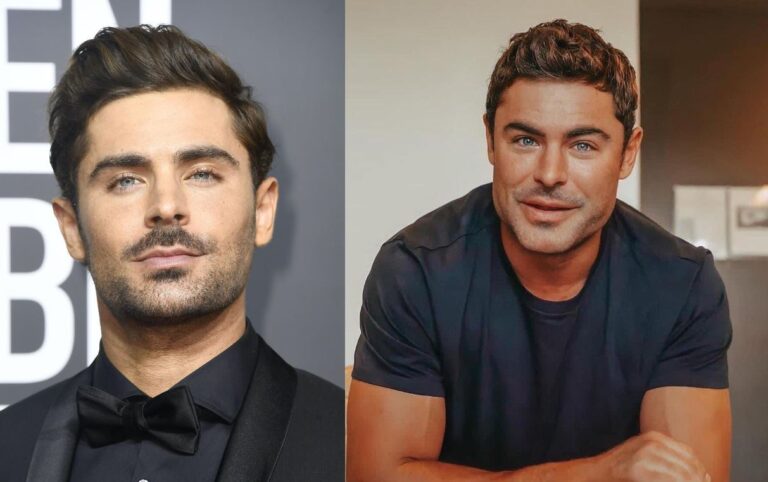 Zac Efron is an American actor and singer. The actor became every teen girl's crush worldwide with High School Musical trilogy that began in 2006 and ended in 2008.

Since his breakthrough in High School Musical, Zac has achieved tremendous recognition inside and outside of Hollywood as an actor and singer.

Celebrities undergoing plastic surgery may be ordinary headlines but one would've never expected Zac to be on the receiving end of the allegations. Continue reading to find the complete facts here.

Zac Efron was suspected of undergoing plastic surgery after a recent clip of him surfaced where he looked waxy.
Photo Source: KUTV

Fans have their finger crossed and are hoping this whole speculation to be just another rumor. But Zac's wide jaw, his plumped lip, and cheeks have already become people's favorite meme material this month, where he is being compared to the human version of Shrek, handsome Squidward.

Zac hasn't responded to the rumors yet but his good friend Kyle Sandilands, an Australian radio host came to Zac's rescue and set the records straight about the speculations.

During the "Kyle and Jackie O Show", Sandilands said; '"I can also confirm after speaking with him yesterday. It's like getting a Picasso and having a kid finger paint all over it. Why bother?"

The radio host further went on to say that Efron is only 33 and one of the best looking man, why would he go through extra burden. But some Plastic Surgeons like Dr. Chris Funderburk thinks Zac may have had some fillers in his lips and chin, but that isn't going under the knife, says Dr. Chris.

An aspiring model and waitress, Vanessa and Zac had sent media into a frenzy when the news of the duo dating broke in June 2020. Even though they kept their romance low and away from media, the couple was the only thing internet talked about for weeks.

Recommended: Did Lindsie Chrisley Go Under Knife? Find All The Details Here!

Sources told that Zac and Vanessa had moved in together in Australia and steadily working towards the future, but Zac's work and the enforced distance have ended their ten months of romance.

Confirming the breakup and preventing any possible sensational headlines, Kyle Sandilands said "There was no drama, but it’s done.”