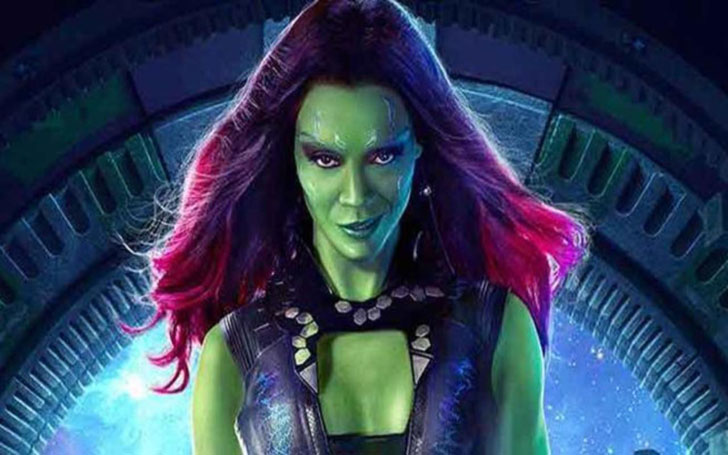 Gamora is back, but how exactly will it work in the new Guardians movie?

Avengers Endgame was the culmination of 11 years of Marvel movies that started way back when Iron Man got its release in 2008. The insurmountable task for Endgame was to wrap up 11 years and 22 movies worth of story in one single three-hour film.

In most part, the directors and writers succeeded in making the movie that tied up the majority of the stories, but now they have opened up a whole new problem for themselves, what to do with 'Gamora'?

Infinity War disposed of Gamora most unceremoniously, many fans had problem with the fact that a strong female protagonist was killed off to serve the agenda of a male villain. Most fans thought that would be the end of Gamora, but the problem arose when she was brought back by time travel in Endgame.

The 2014 version of Gamora was back in the movie, and she had no idea who she is in the timeline where she met Guardians and became a member of the family.

Watch: The first meeting of the Guardians

Zoe Saldana has a different take on what should happen to the character, during a panel at ACE Comic-Con this weekend; Zoe talked about her future in MCU and what she would like to see. She said;

It all depends. The technical answer is it all depends on what Marvel and James Gunn desire to do with the Guardians and with Gamora's fate. I would eventually, there's a part of me that wants her to go back, find her way back to the Guardians but there's also a part of me that wants to explore a bad Gamora. I've never seen that, and she's, you know, she's considered the most lethal assassin, the most lethal woman in the galaxy so I would want to see what that wrath looks like also because it would just give me layers to sort of work on. But yeah, I want her to get back to the Guardians.

The bad Gamora idea is not a bad one, but the question of where is Gamora is still in the air. Gamora came to the old timeline from the 2014 timeline and helped the Avengers, but in no way, we can be sure that she wasn’t snapped away when Tony made the fateful decision to wipe out Thanos’ army. Gamora is part of Thanos’ army, and in no time we can be sure that Tony saw her fighting with the Avengers. Tony wiped out all the army of Thanos and Gamora was part of the army, was she wiped out? Or was she still part of Thanos’ army? We see nothing about Gamora after the snap, only a photo of her on the Guardians space ship that 'Peter' is looking at when Thor walks inside.

Russo brothers were asked the same question, and they played coy, not giving out much. They said;

The argument could be that Tony wished away all the evil. Was she evil or just the enemy? Is she still alive? Who knows, that's a story for another time. If Tony wanted to get rid of Thanos and his entire army, was she still part of his army?

Whatever the explanation, we agree with Zoe; we want to see the most lethal assassin of the galaxy at work. We don’t want the next Guardians movie to be about Peter and the gang including Thor (maybe), looking for Gamora and Peter trying to woe Gamora to fall in love with him again. The whole story in that way will be shallow, we want to see Gamora and Nebula go off on their own, and Nebula proved in Endgame that she is a very complex and brilliant character.

If they want to come back to the Guardians then fine, but the director should finally give Gamora a character arc of her own, that is neither attached to her overbearing (to say the least) father or to Peter.

The problem of Gamora is like a blessing in disguise for James Gunn; he gets to wipe out all the previous history of Gamora and start her fresh on her new path, living up to the name she is known for around the galaxy.

A broken down Peter, a new Thor, and a mature 'Rocket' should be enough material for the director to work with so he can give the lady a better story that is not attached to any man. A dark Gamora is a brilliant idea, and one we will happily embrace. After the way they disposed of Gamora in Infinity War the directors and writers owe it to her to give the lady an arc she can be proud of.