10k.Cash’s Song "Aloha" Becomes A Hit Thanks To His Latest Viral Dance Challenge 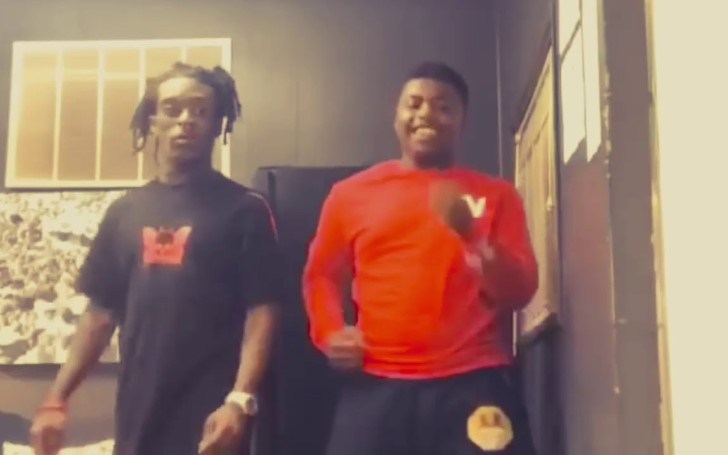 10k.Cash enjoys the rise of his success following the hit 'Aloha.'

New rising Hip Hop star, 10k.Cash is already popular among teenagers. 10k.Cash rose to his internet notoriety after rappers like Drake, Travis Scott, and Lil Uzi Vert who he shares a close connection picked up his 'The Woah' video.

The young rapper's other notable hit includes 'Aloha' which is extremely popular in apps like Tik Tok, Instagram, and Dubsmash.

Similar to 'Juju On The Beat', there's a signature dance challenge to the song which first began from Dubsmash. In fact, plenty of kids dancing to 'Aloha' can be found on video sharing apps.

You may also like: Footage Resurfaces of Michael Jackson Buying 'Rings' Supposedly with James Safechuck When He was a Young Boy

The Texas native created the song with the help of fellow rapper G.U.N. and producer, Kenny Beats.

The original track originally belongs to his most known mixtape released in November 2018 titled 'The Creator' which also features guest appearances from well-established rappers including Rico Nasty, Famous Dex and Lil Yachty.

On Youtube, 'Aloha' published by user YZPR on 25th Jan has earned more than one million views with hundreds of the rapper's fan leaving comments like: 'This dance has become an addiction' and 'I pressed this by accident best accident ever.'

See more: Disney Sets March 20 as the Closing Date for its Acquisition of 21st Century Fox

In addition, the video is also liked by twenty-two thousands of people which is a pretty great start for the beginning of his career.

A big thanks to Instagram users Antonio Willis and Laila Wiggins who helped in making the video viral with a #Laiixjaymhm dance challenge that was first uploaded earlier this year on 8th January.

The Dubsmash video was able to collect more than 100,000 views that led hundreds of people in following the same path on their respective account.

What made 'Aloha' even popular among people is the reference in the song to adult star Alexis Texas. The rapper sings "Just secured the check, yes, syrup, gas for breakfast Mmm, where's Alexis Texas?"

Don't miss: Jessica Canseco Responds To Accusations Made By Her Ex Jose of Sleeping with Jennifer Lopez's Fiance Alex Rodriguez

Besides, Youtube, fans can listen to 'Aloha' on SoundCloud and Audiomac.