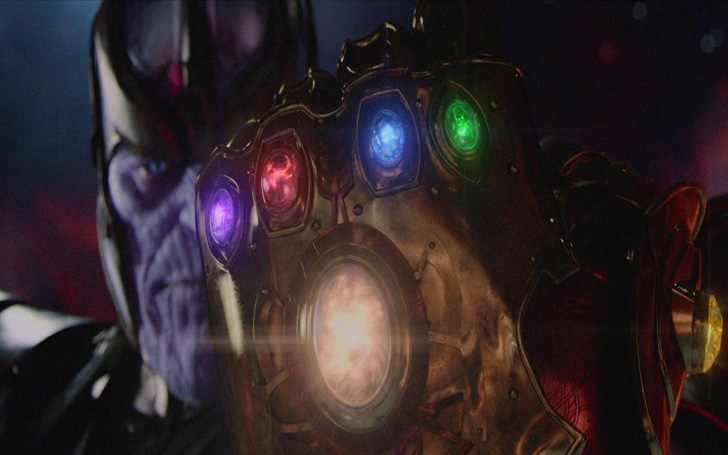 Infinity Gauntlet was one of the most powerful weapons to ever appear in the Marvel Cinematic Universe. The consequences of using the weapon were apparent at the end of Infinity War, but its self-harm capacity was even more visible when the weapon was used again at the end of Endgame.

The power contained within the Gauntlet combined with six infinity stones is the power of gods, and no mortal should possess that power. Still, the living creatures’ desire for more power leads them to the very destructible Infinity Gauntlet. The concepts that were developed in 1970 were brought to life in the Infinity Gauntlet comic series where Thanos uses the Gauntlet to kill half the living beings in the universe.

The show of power is what became associated with Gauntlet itself, about which very little is known. Here we are trying to list some of the facts about Infinity Gauntlet that you probably didn’t know about.

8. The Making Of The Gauntlet

The Gauntlet is a powerful weapon, to hold the power of all six infinity stone, though rendered useless by Stark tech it is still a powerful weapon created in Nidavellir. The place where Thor’s hammer and his ax were made, the place itself is magical, and the tools they created are magical as well. Though 'Hela' destroyed Thor's hammer, it only had a little amount of Uru, a magical metal, in it. But we all saw the formation of Stormbreaker, it was built primarily of Uru, that is why it was able to stand the full force of the infinity stones.

Though the comics have never stated what is exactly used to create the Gauntlet, we can guess that the item that could hold the strongest power on earth was made of none other than Uru. That is why the Gauntlet is so durable.

There is a reality in Marvel comics where there are not six, but eight stones. Thanos created one and the other seven can be found within this reality. The Gauntlet used in this universe was not one but two with four stones on each one. One Gauntlet was unstoppable, imagine trying to fight a wielder with eight stones and two Gauntlets.

The Gauntlet is an all-powerful weapon like we said above and we also said the movie rendered it useless by using Stark tech, which we know was for narrative purposes, but still, the Gauntlet is a strong weapon. In Endgame, Thanos tells the Avengers at the start of the movie that he destroyed the weapon, well he said “reduced to atoms,” but you see the all-powerful weapon is indestructible. The stones are essentials to create balance in the universe, and they cannot be destroyed, even by the Gauntlet.

Soul Stone is one of the most complicated stones in the Marvel Universe. It has its own world, and we all saw what was required to get the stone from the place where it is appears. When Thanos uses the Gauntlet in the comics, he traps 'Adam Warlock' inside the stone, and he only comes out after someone warns him the damage Thanos was causing with the Gauntlet. Soul Stone is a unique entity, very mysterious and very less talked about in the movies.

In the final scene in Endgame, after Tony snaps his finger to destroy all of Thanos’ army we were supposed to get a scene with Tony’s grown-up daughter inside the soul world but that scene was cut from the movie. The Gauntlet allows the power to flow from the stones, but soul stone is a separate entity in itself, which hasn’t been explored much.

Well, you might say that you know Iron Man/Tony Stark used the Gauntlet, you saw it in the movie. But that is not we are talking about, in the comics, Iron Man uses the power of the full-powered Gauntlet to defeat the Hood. He is the first person to wield the Gauntlet and use it, 'Reed Richards' had worn the weapon himself before, but he never used it. In the comics, the Gauntlet doesn’t burn the wearer, and Iron Man doesn’t die, it was totally the opposite in the movies though.

3. Captain America Pushed Other Earths With The Gauntlet

Captain America doesn’t have any special powers, but we saw in Endgame that he is worthy of wielding Mjolnir, only two people in the world that can do that. Well, in the comics he uses the Gauntlet assembled by the Illuminati to destroy other earth's as it came crashing on the continuity timeline, Earth-616. Like we said, mortal men, do not die after wielding the Gauntlet, unlike in the movies.

In the Infinity Gauntlet Saga comics, it was one of the most fun things to watch when Nebula steals the Gauntlet from Thanos after he goes to the astral plane. Well, the tortured cyborg daughter of Thanos uses the Gauntlet to nurse herself back to health and uses the stone to exile Thanos. Later she is tricked into turning back time to before she got the Gauntlet but that moment she had the weapon was a fun storyline in the comics.

The absurd side of the Marvel comics has not been revealed yet in the movies because some trippy characters go beyond absurdity sometimes. Well, there are two god-like characters in Marvel comics, the 'Living Tribunal', and 'One-Above-All'. One-Above-All is the overseer, but the Living Tribunal is the one with the highest point of authority after the god-like figure. Well, these two are the only beings that are more powerful than the Gauntlet itself. There is God Emperor Doom also but let’s not go down that hole.

Also Read: Why Was Mysterio Picked As Spider-Man: Far From Home's Villain?

The Gauntlet is powerful, and everyone knows that that is why the Living Tribunal in the comics separated the stones. We have heard that name in the MCU as well, but we don’t think Kevin Feige will push that far into the absurd in the movies. The Gauntlet is powerful, and there are only a few above it all, many heroes and villains have assembled the weapon, so let’s see if the Gauntlet makes a return in the future or not.