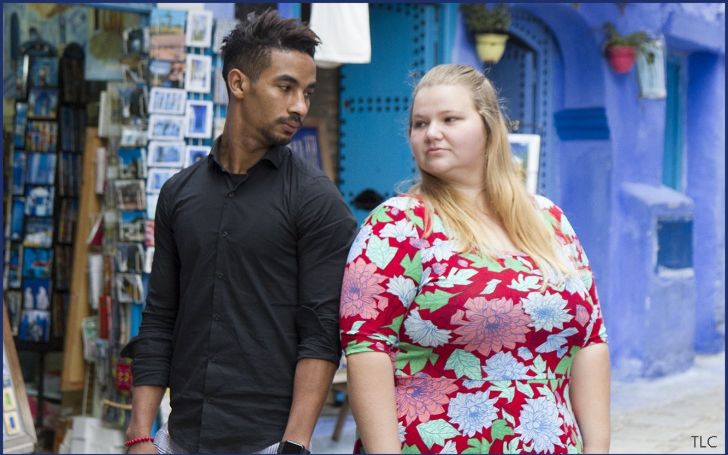 90 Days Fiancé stars Nicole Nafziger and Azan Tefou are yet to share those vows of love and rumors about their split has already aired.

Between their on and off chemistry in love, the rumors have now flown that she has been dumped by her long time fiance Azan citing some of their personal issues which includes running out of money.

Tefou's been unemployed for most of the time in the couple's relationship, and Nafziger's parents were quite concerned about that.

As previously reported by The Inquisitr, the 25-year-old star parents accused him saying, "he was only using their daughter for the opportunity to come to America and for the money she'd been sending him".

Coming to their relationship timeline, Nicole was the one who reached Tefou, 24, as she instantly was attracted to his Moroccan native. Shortly after knowing each other via text and video chat, Nicole flew to see her love in his home country, where he proposed and later got engaged.

On March 15, Nicole showed off her newly engaged ring taking to her Instagram.

Since the beginning of the show, the two love-birds planned for their marriages, but show-watchers were quick to come out with predictions suggesting Tefou didn’t seem serious in their relationship citing up his family members issues.

So what does the reality star has to say about it? As she polls out 'Ask Me Question' and responds to her fans.

Another questions reads questioning about her long-distant relationship,

So, the thing is still hiding under the wraps for now as we cannot come to any conclusion unless we hear from Azan Tefou's side. Stay tuned and connected to find out updates on the show.