home Entertainment 90 Day Fiance Star Olga Koshimbetova Confirms She Is In America With Her Baby!

90 Day Fiance Star Olga Koshimbetova Confirms She Is In America With Her Baby! 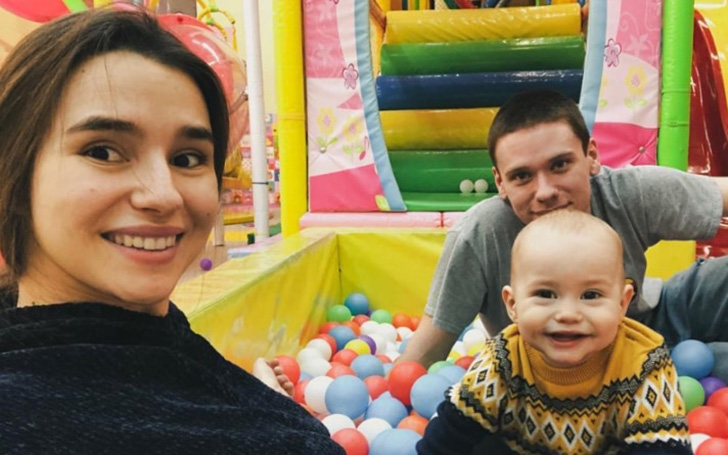 90-day star Olga Koshimbetova finally confirms that he is in the US with baby Alex.

Steven, 21, stated that he had to leave the country otherwise it could cost him to lose his job, promising fans to bring Olga and baby with him soon as possible.

Olga will be arriving someday this week, whatever day is best financially! I could not be more excited 💜 - What would you all like to see when she arrives? A YouTube Vlog? A Live video? If you’re in the DMV area and would like to meet our family comment below 💜 can’t wait for this new journey.

After the short announcement we didn't hear much from Steven, he went silent.

But some fans suspected that Olga made a low-key appearance to the United States and now the news is confirmed.

Koshimbetova, 22, took to Instagram and shared her arrival, posting a snap of her alongside the baby in the cradle.

The humidity is killing me 😫 Im still getting used to this weather. For a past few days I already get sick because of AC. But there is a good news : me and Alex learned how to use the metro and went home on our own (2.5 km). So we are making little steps I would be very grateful if you tell me where you can buy good (cheap) children's things (diapers, etc.), and other lifehacks where you can save money 🙏🏼 #usa #russia #moscow P.S old pictures from trip to Moscow :)

Marking her words 'the humidity is killing me' and 'getting used to the weather' confirms us that the reality star just shifted from Russia.

Since she is new to the country, the reality star came asking for suggestion from her fans and followers about the local and cheap places to buy baby products as well some essential life hacks appliances.

Earlier in June, Olga hinted us about the shift posting some documents and her passport writing 'Finally.'

Nevertheless, Olga is in her new home with her family and that really matter to us, isn't it? Well, we hope to see the family of three always together and happy.

Stay tuned and connected to find out more updates and news of Olga and her family.