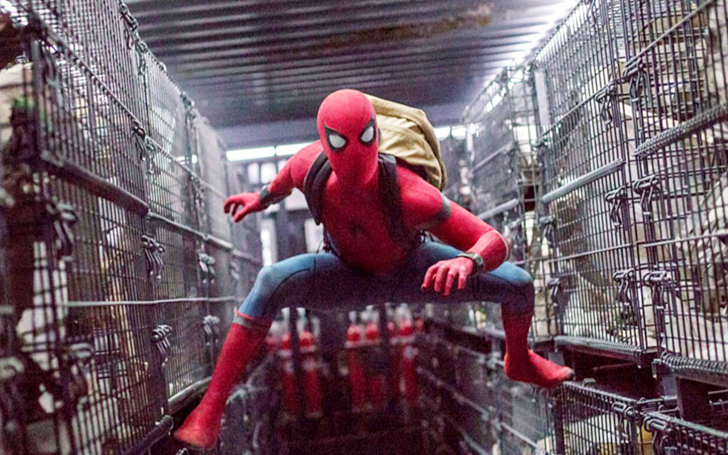 Sony and Disney are using the lack of deal to Market their future MCU movies or so a Reddit user things.

Reports came out yesterday which said talks between Marvel and Disney broke down and Spider-Man will no longer feature in the MCU with Sony taking back full control. The reason talks broke down is simple, Disney and Marvel especially along with Kevin Feige were doing all the heavy lifting while only making 5% of the first-day profit whereas Sony was making back almost $2 billion for less than $400 million of investment.

Disney wanted 50% cost-sharing where Disney and Sony will co-finance the movie, and at the end of the day, they will share the profit equally, seems like a reasonable offer considering Marvel redeemed Spider-Man from the abysmal showing of 'Amazing Spider-Man 2'. Sony practically killed the Spider-Man franchise, which resulted in their expanded franchise dying a brutal public death.

The lack of ideas resulted in Sony seeking outside help, which meant the company lending the character back to Disney. In all practicality, Sony said to Disney, ‘We ruined it! Now, you fix it,’ Disney took the ailing franchise no one wanted anything to do with, and they turned it into a billion-dollar franchise with critical acclaim. Disney and MCU made Spider-Man: Far from Home which resulted in the film turning into the highest-grossing movie for Sony. Now, Disney wants their cut of the pie and Sony, from the success of Spiderverse and Venom, are feeling they can do what Marvel did.

It is a little greedy on Disney’s part considering the company already owns the Spider-Man merchandising which already makes more money than the movie franchise, but they are also in the right for wanting money for their tireless work. Now, fans on Reddit are speculating the two companies are only feuding as a marketing ploy to set up the next MCU Phase.

Watch: The first appearance of Peter Parker in MCU

Reddit user who goes by the handle 'OmarLittleLives', the person posted on the public forum, the two companies will figure it out so they can come to an agreement at a later date when the MCU Phase 4 movies are about to be released and for all intents and purposes use the deal’s momentum to sell the Marvel fans, on the fence about the next phase of MCU, about the Multiverse.

The OP also goes on to talk about superhero fatigue setting in and the fact Endgame tied up all the loose ends perfectly the deal going through at a later date almost allows the future films of the MCU to carry the momentum for a further ten years.

The conspiracy theory is somewhat believable; it is true Endgame tied up a lot of the loose ends, and with Captain America and Iron Man, gone from the franchise there is little interest on some viewers who would not be ready to go down on an 11-year saga again. Spider-Man was pitched as the next Iron Man, and now the actor going out of the franchise seems anti-climatic. Bringing back the franchise to the fold at a later will make it seem like the prodigal son returning, and the narrative in the media will allow the franchise and the next phase of the MCU to get some free and exciting hype building press.

This whole conspiracy stemmed from the fact; Sony said they were continuing negotiation, and the deal might still happen. It was all a result of thousands of fans calling out Sony on twitter after the company issued a statement about why the agreement was not reached. The statement said;

Much of today’s news about Spider-Man has mischaracterized recent discussions about Kevin Feige’s involvement in the franchise. We are disappointed, but respect Disney’s decision not to have him continue as a lead producer of our next live action Spider-Man film. We hope this might change in the future, but understand that the many new responsibilities that Disney has given him—including all their newly added Marvel properties—do not allow time for him to work on IP they do not own. Kevin is terrific and we are grateful for his help and guidance and appreciate the path he has helped put us on, which we will continue.

Fans were not happy and felt the statement was just passing the blame on someone else. The people on Twitter were happy to lay into Sony for taking away Spider-Man when the sequel ended in such an amazing cliffhanger. Disney will obviously not allow the franchise to continue with the current story and plan with Spider-Man giving up the Iron-Spider look and suffering amnesia about the past ten years.

The deal will probably be reached at a later date, everyone loves money, and Sony knows the condition the franchise was in 2013 and the place Marvel took it in 2019. The deal is lucrative for both the franchise and maybe Disney can loosen up some details about wanting a share on every Spider-Man extension being worked at Sony and Sony can come to some profit-sharing agreement which will provide Marvel some remuneration for their work. The fans want Spider-Man in the MCU and to be honest we are not going to watch another Sony Spider-Man which is probably the feeling of most fans.