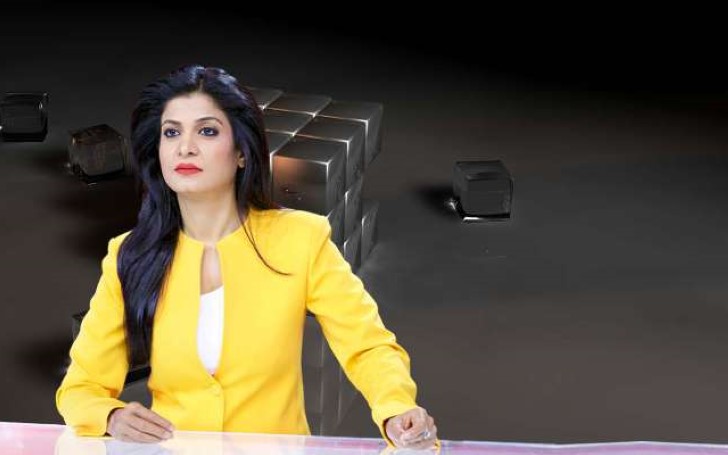 Twitter is raged by the recent report of Aaj Tak News correspondent Anjana Om Kashyap for interrupting and being uncivilized to doctors and nurses at the Shri Krishna Medical College Hospital in Bihar.

Kashyap also attracted tons of heavy backlashes from people after the video of the whole reporting went viral on social media.

According to the new broadcast report shared by Aaj Tak network on Wednesday, Kashyap is seen inquiring on-duty doctors and nurses for their failure to manage and provide their treatment to the patients. 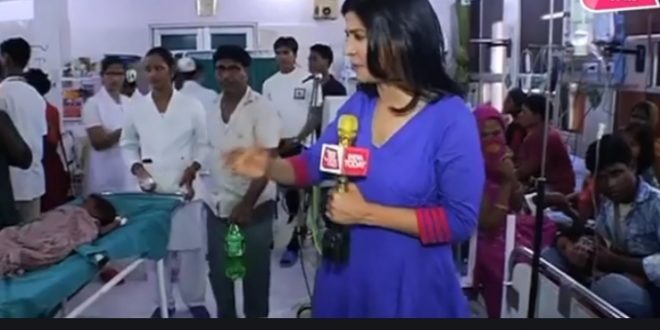 The editor in chief at Aaj Tak can be also seen asking questions such as why there weren't enough hospital beds and why they weren't fitly adjusting and instructing the newly admitted patients.

Besides, Kashyap also alleges that the doctor who already looks tired and stressed wouldn't have treated the patients if she didn't turn on the camera and her mic.

The doctor in his best polite manner then patiently tries to convince the news reporter about the situation but Kashyap seems to be in no state to hear him and keeps stubbornly interrupting him with her never-ending questions.

Following the surface of the reports' video, many of the people were furious regarding why she was even allowed to enter the compressed ICU room with a camera in the first place.

Recommended: Deepika Padukone Becomes The First Ever Woman to Rank Among the Top Five Richest Celebrities in India

In addition, whilst some of them scrutinized Kashyap for engaging the working medical staffs for her interviews, others condemned for her failure to properly perform her duty as a journalist.

Anjana Om Kashyap went to the hospital to remind us journalism is dead in India...

Who let this lady enter the ICU of a hospital with camera and mic?
She should have barged in to the concerned minister or CM’s office to question them about the poor condition of public health facilities.
This is not journalism, but publicity stunt
pic.twitter.com/M6l7oHSK95

- @anjanaomkashyap hv some shame. u're behaving like a stulid fool.Whr is the doctor supposed to keep the kids when there are no facilities?You're scolding a doctor on duty!You should be reprimanded by ur channel head @aroonpurie for unethical journalism.pic.twitter.com/kNPnffhwnV

Dear Anjana Om Kashyap, Please stop shouting at Doctors treating children suffering from Acute Encephalitis Syndrome. You are just disturbing the treatment process. The Doctors, on whom you are shouting are much capable and you do not match with them at all. Stop Cheap Publicity.

#AnjanaOmKashyap is the prime example of worst journalism.Whole india saw how she misbehaved with doctor who ws working in hospital. If threatening is journalism thn shut down @aajtak kind news channel. D news channel authority should take strict action against @anjanaomkashyap pic.twitter.com/TSyee5QoWh

Meanwhile, the death toll of people dying from Encephalitis in Bihar, a state in India, inclusively being children has reached more than 120.