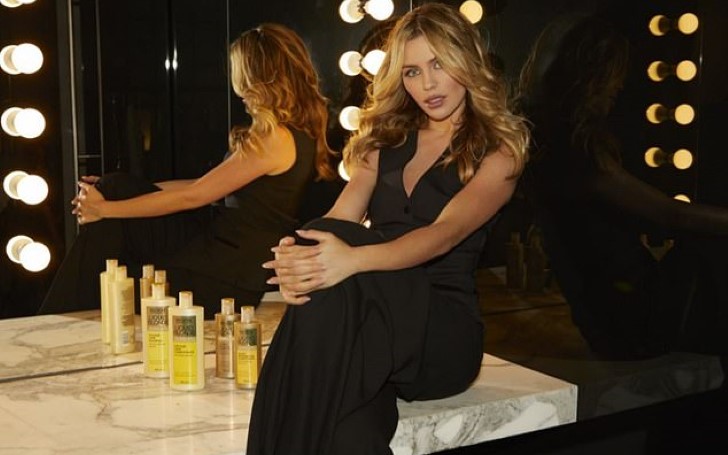 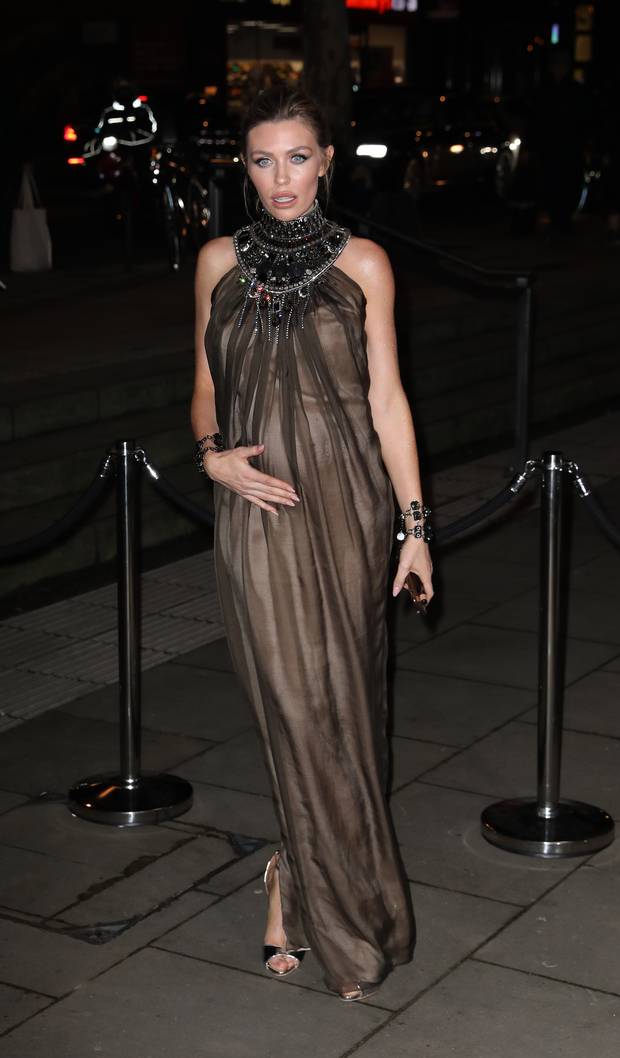 Adding more elegance to the event look, the star stylishly put her hair into an up-do bun as she opted for light smokey eye makeup and applied nude lipgloss on her naturally full lip.

You may also like: New York Police Chief Under Fire After He Reportedly Told His Officers To Shoot Rapper 50 Cent On Sight

Not forgetting to accessorize her stylish pregnancy look, the 'Britain's Next Top Model' host wore matching brown bangles on both of her wrists.

As a matter of fact, Clancy also flaunted her wedding diamond ring on her ring finger whilst cradling her baby bump during one of the photo shoot sessions.

Consequently, Clancy who will soon become a mother for the fourth time looked all glowy and happy to be attending the event.

The star shared the pregnancy news to her fans last month by posting a picture of herself holding the baby bump.

She mentioned in the caption:

"When a hatrick just wont do !!!#babynumber4"

Her appearance at the event comes after the catwalk queen previously attended the London Fashion Week event in a black mini dress.

Model Natalia Vodianova presented the Fabulous Fund Fair in support of her Naked Heart Foundation. The event was held at The Roundhouse in London.