The House of Cards actor Kevin Spacey faces charges for the sexual assault of a former news anchor's son.

The Oscar-winning US actor Kevin Spacey is facing charges for alleged sexual assault of a former news anchor Heather Unruh's teenage son at a Nantucket bar in July 2016.

According to a statement released on Monday by Nantucket District Attorney Michael O'Keefe, the actor is to be arraigned on January 7 on the charge of indecent assault and battery. 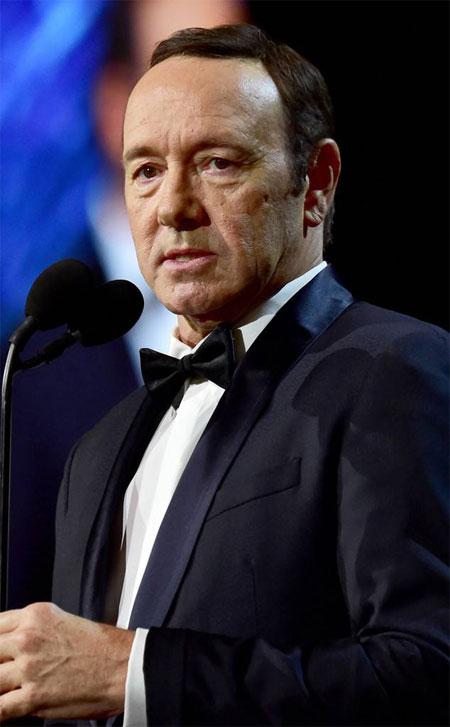 During a press conference in November 2017, the victim's mum Heather Unruh first made the allegation against the House of Cards actor.

In the conference accompanied by attorney Mitchell Garabedian and her daughter, Kyla, Unruh told the reporters, the 59-year-old sexually assaulted her son on the holiday island of Nantucket after getting him drunk at The Club Car restaurant in July 2016.

Unruh said in July her then 18-year-old son was at the club car working as a busboy. The actor was among the late-night crowd in the restaurant and her son immediately was star struck and lied about him being old enough to drink.

Spacey then brought alcohol for her son until he was drunk and then stuck his hand inside the teenager’s pants and grabbed his genitals. The actor urged her son to accompany him to an after-hours party to drink more however, her frightened son hurriedly fled the restaurant when Spacey excused himself to use the bathroom.

He rushed to his grandmother's house and told his sister what happened. The siblings then called Unruh, who traveled to Nantucket in the morning.

“The victim, my son, was a star-struck, straight 18-year-old young man who had no idea that the famous actor was an alleged sexual predator or that he was about to become his next victim. Kevin Spacey bought him drink, after drink, after drink and when my son was drunk, Spacey made his move and sexually assaulted him. This was a criminal act.”

The accusations against Spacey came early in the #MeToo movement that brought attention to sexual assault which cost him roles from Netflix’s former popular political drama  "House of Cards".

Following the public allegation, Spacey later posted a bizarre video on his YouTube and Twitter titled Let Me Be Frank, in which he appeared to reprise his character of President Frank Underwood from House of Cards.

Spacey primarily faced accusations of sexual misconduct while working as artistic director of London's Old Vic Theatre. The first public report of alleged abuse by him came from actor Anthony Rapp, who claimed that Spacey sexually abused him when Rapp was 14, in 1986.

According to court documents, the charge Spacey is facing carries penalties of up to five years in prison or up to two and a half years in jail or house of correction and a requirement to register as a sex offender.