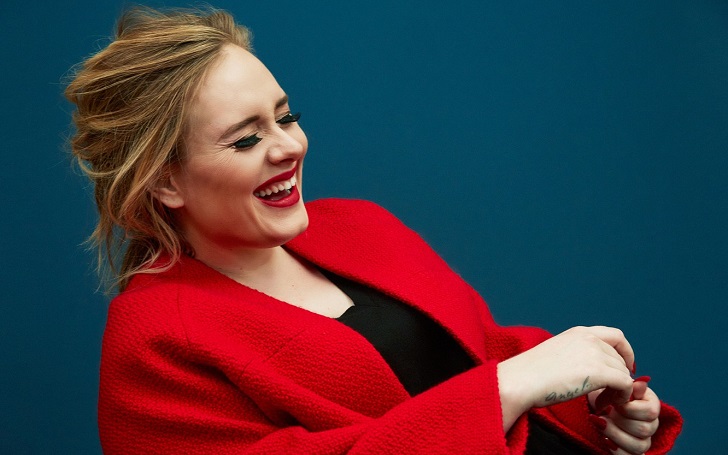 Fans are convinced Adele has a new song coming after her YouTube channel claims to have 13 videos instead of only 12 that are there. But it's not what you think.

After such a drastic weight loss, Adele has been constantly asked to release new music from fans over and over again. They so badly want one new song from her. While they're still worried she might be going overboard with this weight loss thing, they have high expectations from her.

The 31-year-old isn't the type to feel the pressure to make music since she is known to take unscheduled breaks just to cool off without a care in the world. But there may be a new one soon. Her YouTube channel is blinking green light for a while now.

Fans are surprised to have discovered her YouTube channel mentioning 13 music videos in the search results, instead of the 12 music videos that are actually there when you enter the channel page. The last music video was for her international hit, 'Hello'.

There are 13 on the outside but 12 on the inside.
Source: YouTube

The fan page also replied to a comment from another fan who thought the video count was 13 for a long while now. But they've been checking her page and search results since October.

The whole thing, however, seems to be a misunderstanding of some sort, after another fan sorted out the whole thing. The extra video was automatically provided to YouTube by Universal Music Group and is a Live video version of her old song, 'Set Fire to the Rain'. The video does exist but is inaccessible to everyone publicly.

There's no reason to lose hope for new music though. One other reason fans still believe there's something from her is because of the Grammy commercials. The commercial advises viewers to 'expect the unexpected' this season's awards show in dramatic fashion and then the screen cuts to a clip of Adele when she infamously asked to restart her tribute song to George Michael at the 2017 Grammy Awards.

A new album perhaps? If there will be one this year, it would probably be titled 32 as the $200 million worth singer turns 32 this May.

The biggest hint of her new song might be a discussion of the Dickins family at the Eurosonic Noorderslag conference and festival. Jonathan Dickins is the founder of 'September Management', the management company whose Lucy Dickins (agent of the year at the 2019 European Festival Awards) manages Adele.

When the father-daughter pair talked about how they discovered Adele, both people hinted new recordings from Adele should be expected in 2020. Jonathan even pushed the hint a little forward saying "the sooner the better".