Ah Shit, Here We Go Again! Fans Slam Danielle Cohn For Her Choice Of Outfit In The Latest Instagram Post! 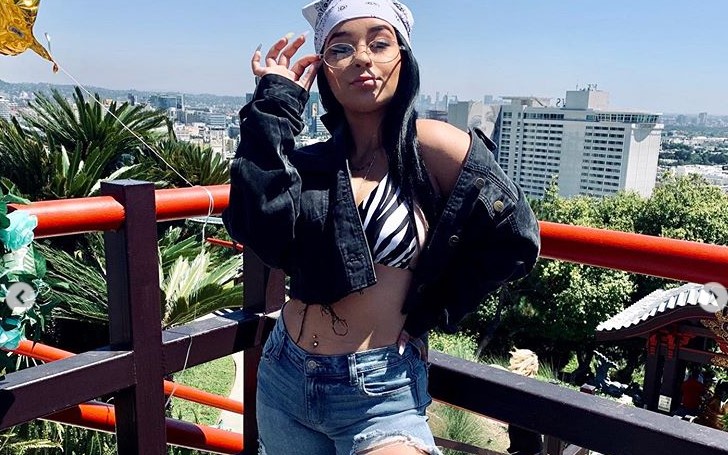 Danielle Cohn did it again!

Well, there she goes again. Just when we thought Danielle Cohn was up to something good and changing her ways, she did something, again, to piss off people.

Apparently, the internet celebrity, who once faked her marriage, took to her Instagram and posted a picture, and the star is again in inappropriate outfits.

The tween app star, who once faked her pregnancy, captioned it, "You couldn’t handle me even if I came with instructions🖤"

The 14-year-old star, who broke up with her boyfriend - Sebastian Topete, is seen wearing knee-distressed jeans with a cropped denim jacket with just a bra underneath and rocking a bandana.

And you pretty much know what happened next, the same old routine where people bash a 14-year-old kid because of her inappropriate outfit.

The comments are basically age-concerned, as many fans pointed the star is just 13 years old, while others simply see people bashing this kid.

Well, we really don't know what is up with this little brat, should we comment about her clothing sense? Or just leave it to her parents to decide what is best for us.

Let's look at some of the comments and see what people have to say about the latest post of this little wretch.

One fan wrote, "did your shirt go missing just like your career."

Another fan, who is the regular basher of this 14-year-old, wrote, "I would return it because I never ordered it.."

Next fan, which is a direct reply to the star's caption, wrote, "u need instructions on what to and not to wear/post."

And the next fan wrote, "Yea probably explains ur failed relationships."

This pretty much explains why people hate Dani. Well, some might say they are jealous of the star's success, which is also valid to some extent, but people really don't want to see Cohn in those inappropriate clothes.

People said it loud and clear; this is no way an appropriate outfit for an underage kid.