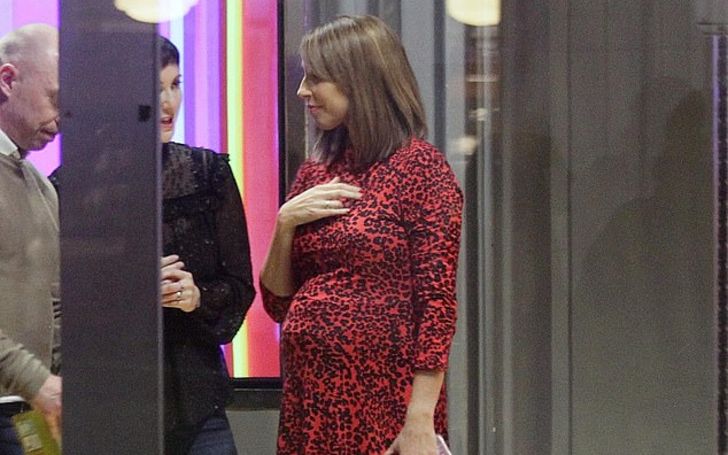 The One Show popular TV host Alex Jones shows off her growing baby bump in a red leopard print at the BBC studio.

On Friday, the Welsh television presenter Alex Jones, usually popular for hosting BBC One network's The One Show put her growing baby bump on display.

The mother to be for the second time looked all glowy and happy in a scarlet dress marked with leopard print as she showed off her baby bump when she arrived at the BBC studio. 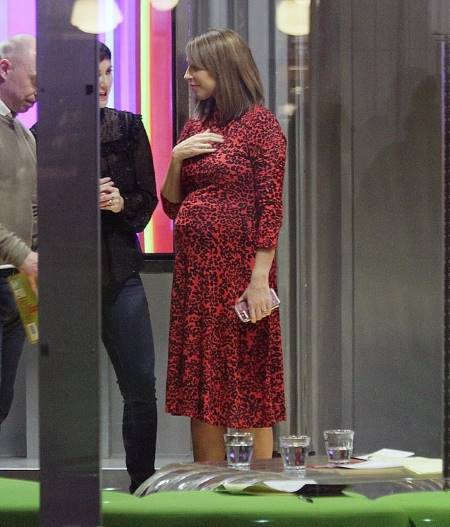 Alex Jones shows off her baby bump at the BBC studio
SOURCE: The Daily Mail

The TV star shared the exciting pregnancy news live on air on the same show she hosts.

You may also like: Nick Grimshaw Walks Hand-In-Hand With His Boyfriend Meshach Henry For London Fashion Week Event

Alex styled her pregnancy look by keeping her short straight dark brown hair free and by applying a light touch of a palette of make-up on her face.

The knee length red leopard skirt covered most of her body parts from top to the knee part of her body.

Spotty dotty for tonight’s #invictusgames show. We’ll be looking back at today’s swimming in the company of Aussie legend Ian Thorpe. See you on @bbcone at 7.30pm.

Apart from accessorizing her pregnancy look with just rings on both of her wedding fingers, the brunette kept everything else simple. The star carried nothing with her except her iPhone with a pink phone case.

In the released pictures of Mrs. Jones, the star looked working around and greeting her other colleagues at the BBC studio.

Don't miss: What Famous Celebrities Think of the Persistent Issue of Global Warming

As a matter of fact, one of the pictures included Alex happily interacting with the show's special guest, American famous country singer Dolly Parton. 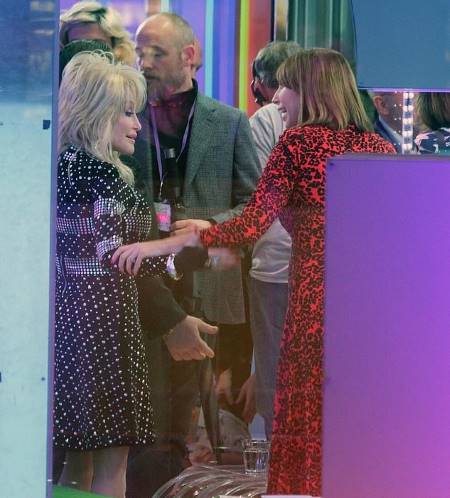 Alex Jones and Dolly Parton at the BBC studio
SOURCE: The Daily Mail

Jones previously recorded the struggle of her conceiving baby for the second time.

She reportedly addressed to the celebrity news site, The Sun:

"I suppose I’m older now, but we took it for granted that it would be OK. But you don’t really know until you start trying how it’s going to go, do you?"

'The majority of couples I know have had something, not always IVF, but some problem that needs to be sorted out.

"Suddenly you see someone pregnant or with a newborn and you don’t really hark back to what happened before because everyone’s just delighted there’s a baby."

Previously too, the TV presenter flaunted her growing baby bump publicly in casual denim dungarees outfit combined with a striped shirt when she headed to the BBC studio.

Before entering the building, Alex even took a few pictures with some of her passing by fans.