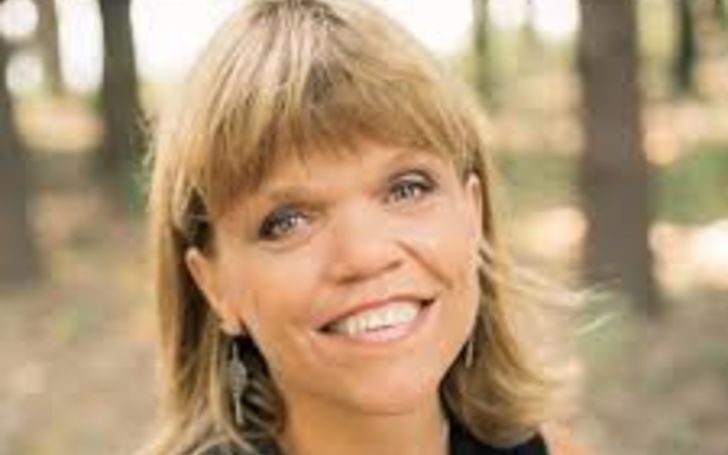 Based on a recent Instagram comment, people can confirm the Little People, Big World star, Amy Roloff most definitely does not support fake news.

Earlier this week, Audrey Roloff took supporters by major astonishment when she wrote an admittedly "vulnerable" message on her official social media page.

It detailed some rather serious marital issues between herself and Jeremy Roloff, clarifying their pursuing busy schedule has made for disjointed several weeks, one in which communication has endured and contradictions have become increasingly prominent.

Also Read: Are The Roloffs Turning On Amy In Little People, Big World?

"We keep running, keep pushing, keep producing, and keep squeezing all the margin out of our lives. It’s robbing our joy, stealing our peace, and hindering our ability to love," Audrey texted as a subtitle to a picture (below) of herself and Jeremy.

This was a shocking admission to anyone who follows Audrey on Instagram in the light of the fact that she is generally raving and spouting over Jeremy and over the concept of marriage in general.

And this is what she wrote along those straightforward lines:

We fight, struggle, cry, and face challenges just like anyone.

I’m saying this here because if you look at my Instagram feed from the past 3 weeks you don’t see the long tearful conversations, the hurtful remarks, the compiling complaints, the critical spirits, the prideful inner dialogue, or our unloving and disrespectful attitudes.

You don’t see the full picture.

Rolloff likewise warned the people to not believe in whatever they see on Instagram and stressed ‘people are enough for what they are.’

Amy hoped into Audrey's comments section, having seen her daughter-in-law's candid description of what's been going on in her relationship, along with Audrey's praiseworthy and honest position on Instagram use.

"Life is real. We usually show the Best on IG and you're right," Amy remarked as a supportive response, adding ‘there is a lot more that's really behind the scenes which others often tend to forget about and don't usually see.’

It's quite pleasant to see famous people admitting their lives going messy and convoluted, despite how they might appear to outsiders looking at photos or posts on the web.

Amy, for her part, has also made this quite obvious in her new memoir.

One part of this book is based on her failed marriage to Matt Roloff (failure being relative here, given the couple was together for 27 years and procreated four kids).

In it, she blames Matt for going behind her back with Caryn Chandler and letters:

"Matt and our farm manager [Chandler], who had been working for us a number of years by then, seemed to have more than just a working relationship or friendship," she inscribed of Matt's exchanges with Caryn toward the end of his relationship.

You May Also Like: Amy Roloff Trashes Ex-Husband For Being A Bully!

Amy likewise mentioned of seeing messages, pictures, and other things that should not have been shared between people who just worked together and were still married to other people. She confessed to being devastated and regretful for all the things she could have done or said.

Roloff explained she was scared as well as ashamed for anything remotely like those could be happening. She writes: "Was Matt really interested in someone else right in front of me? Why would he even go there when we were still married?"

Matt, though, has not yet responded on his ex-wife calling him out in such a manner.

All things considered, it might to safe to say that all this is relevant because both Amy and now Audrey have proven one thing to be true; not all relationships are what they seem.