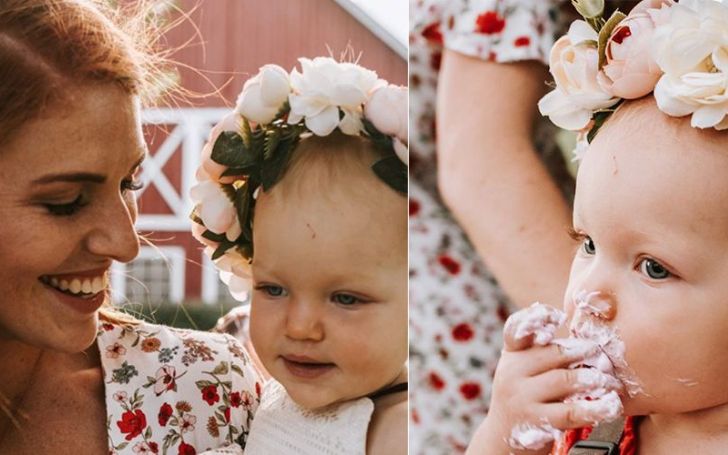 Roloff family has been the stars of TLC’s hit series, Little People, Big World for years. We remember when Matt and Amy Roloff, a couple with dwarfism, shared their family dramas on the show — but a lot has changed over the years.

Matt and Amy are now divorced, but the kids are all grown up and moved out of the family home. And many of their children — like Jeremy Roloff, for example — have managed to gather quite a fans even after they announced they’d no longer be associated with the show.

Jeremy Roloff and his wife, Audrey, have plenty of following, but it seems not everyone’s happy with what Audrey’s said about parenting their little daughter, Ember. And here’s why fans are upset.

Finally home with Ember girl. She had so much fun with Gigi and Papa but we missed her like crazy😭💗 I’ll be honest... I felt the mom guilt start to creep in at times while we were gone, but a friend reached out and encouraged me some truth. She said, “when we leave our children for small stretches of time with people that love them so well, it teaches them that they are safe and loved even when mommy and daddy are not around.” She changed my perspective to view this time apart as a gift to Ember, who will eventually blaze her own trail in this world without me🔥It is just another reminder to me that I am NOT in control, and that God’s past faithfulness demands my present trust. All this to say... there really is no place like home💗

Ember Roloff, the daughter of Audrey and Jeremy is over a year old now. The ultra-religious couple has always been open with their followers about their marriage and parenting advice, but as of recent, Audrey seems to have taken a serious misstep when discussing baby formula.

Viewers noted Audrey was having some difficulties with feeding Ember due to developing mastitis. As she complained in the recent episode of LPBW, “At our 1-week doctor’s appointment I was like, ‘I’m nursing every hour all night,’ and he was like, ‘That’s not right.’ At that point, they were like, ‘You need to supplement, ’cause you’re not giving her enough.’”

This wasn’t so good news for Audrey, however, as she added she was “adamant about breastfeeding exclusively” and perceived formula as “a sin.” Fans quickly started to backlash once they heard her say this, too. “Oh Audrey, the formula is not a sin. Fed baby is all that matters,” one fan responded. Another said he can't Audrey anymore. 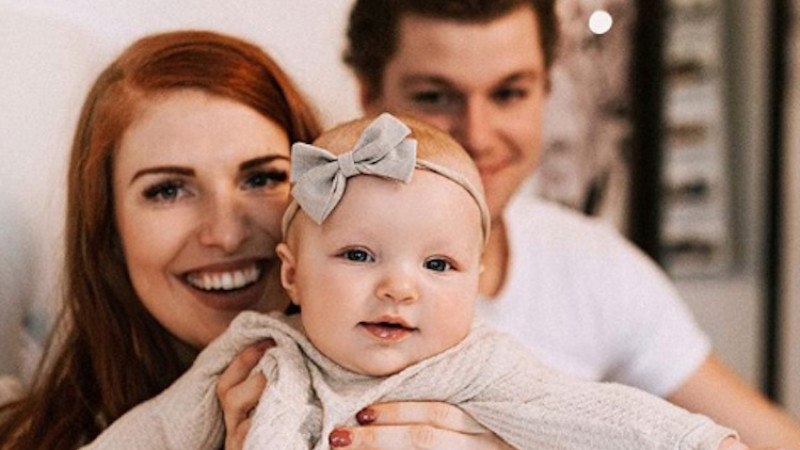 Roloff’s fanatics were unimpressed when Audrey mentioned the difficulties she is facing whilst feeding Ember were snatching the time away from the most precious moments of her baby’s life. Audrey said she felt “robbed” and exhausted from motherhood — and fans weren’t having it, as noted by Pop Culture.

Recommended: Audrey Roloff Made A Startling Confession: I Was Impure on My Wedding Night!

People again started lashing out against Audrey. As one said Audrey has an idealized view of motherhood and anything that seems to defy it is unique to her and is ‘robbing’ her. Another said Audrey isn’t being robbed of anything and she is rather learning and growing from this.

Even Matt Roloff didn’t have too much consolation for the new parents, as he mentioned seeing Jeremy and Audrey's struggle means they’re now understanding the heartache he and Amy had gone through when Matt was coming through the rags.

Her faces lately have been cracking me up... so much personality coming out in our little girlsie😍 I love the expressions she makes when we read books, or when we listen to music, or when Pine the kitty walks in the room, and how excited she gets about “baby shark” 😂 Moms, what’s your favorite part about the toddler phase?

Fans are not only disappointed by Audrey' continuous nagging about various difficult aspects of motherhood, but they are also upset by her choice of having a natural birth. Parents note Audrey was headstrong on having natural childbirth, and the star has also talked about her decision extensively on her blog, Auj Poj.

At the time she had written ‘the main reason I wanted to have an unmedicated/low-intervention birth was because I wanted to labor together with Jeremy.’ She added laboring with Jeremy was the most intimate, unifying, God-empowering thing they had ever done together.

You May Also Like: Do Jeremy and Audrey Roloff Want As Many Kids as the Duggars?

Unfortunately, fans were unmoved once more by Audrey’s pride. One Twitter user said getting an epidural during childbirth doesn’t make one weak and neither does having a C-section. Another even went on to mention Audrey’s sister-in-law, Tori Roloff, who fans have always loved. He hoped ‘Tori didn’t feel bad about her need for a c-section while being shelled by Audrey’s natural childbirth prattle.’